What happens in Vegas…

Once again we have wrapped another successful annual meeting!

This time, our band of merry maniacs visited Las Vegas, Nevada and the event was organized by our very busy CA chapter.

We started with dinner and drinks on Friday evening for the early arrivals at one of the restaurants in the Aliante Resort, about 20 minutes north of the “Strip” where we met some new folks, and some meeting veterans for the evening. We also were treated to the first view of the event t-shirt, which was awesome. I am always refreshed when I meet club members for the first time at their thoughtfulness and passion. A truly engaging way to start the weekend off! Speaking of the weekend, our organizers wasted NO time, and it was off to the Clark County Shooting complex, bright and early at 0830. If you have not been to CCS, its enormous. We arrived at the gate, and were instructed that the pistol range was “2 miles up the road, past the traffic circle” and several minutes later, we arrived at the range and attached pro shop.

Safety first, we were ushered into the briefing room for their safety video. 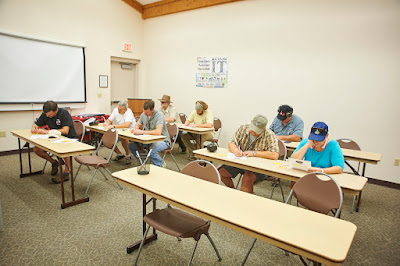 Then, rent some wagons to carry the stuff, pay our range fees, buy some targets, and off we went. It was a beautiful day, just warm enough, and the view from the shooting bays was stunning. 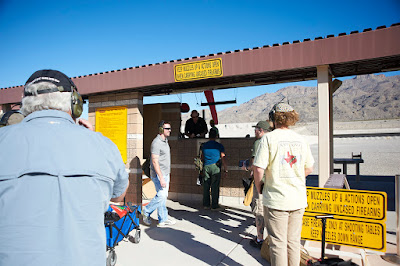 We carted in a number of firearms, 10’s of thousands of rounds of ammunition and a group of crusty liberals ready to turn money into noise. We started in on the pistols. 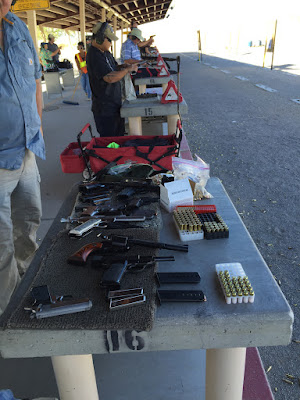 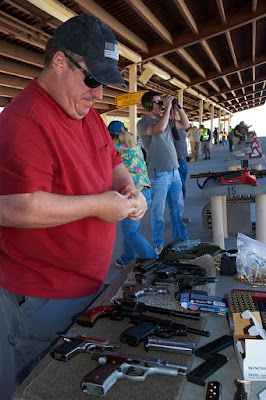 After a couple HOURS on the 50 yard range, including a brief sampling of the long guns, the group moved to the 200 yard bays for some concerted rifle work. 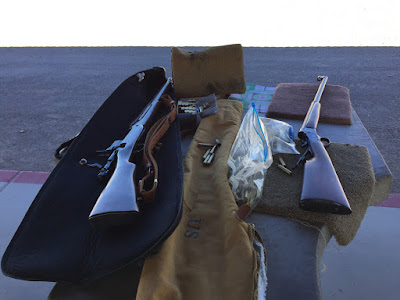 Eventually, about 1pm, we had to eat. So pack up, and drive a couple miles down the road to the shotgun range, which also had the “RoadKill Grill” and consume some excellent BBQ. 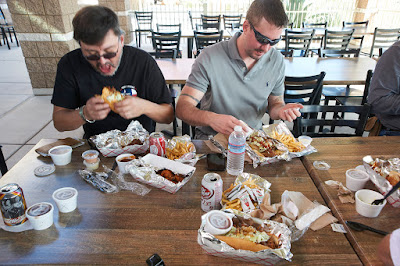 Did I mention the restaurant was at the shotgun range? Some of the attendees headed back to the hotel, but a good chunk of us decided we would not have this oppurtunity and we really should avail ourselves of the experience. So we stayed for a couple rounds of trap. We did bring shotguns afterall, so, it would be a waste not to use them… 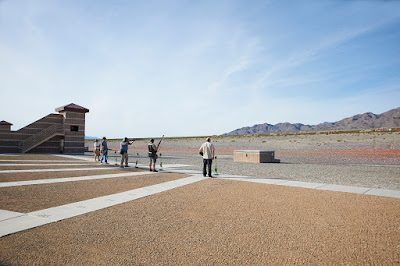 By then, it was well after 4pm, and except for a short lunch, we had been steadily working guns since 9am. Back to the hotel, freshen up, then off to our hosts designated venue for dinner and the formal meeting. We lost some folks, but picked up some new ones, so a well attended meeting in a private reseidence (the house was beautiful). We opted for door prizes and donations for some of the raffle prizes and saved the rest for a fund raiser for folks who couldn’t make it. We talked policy, the future of the club, how to herd cats, and how folks could help. We talked LGOA, membership stats, budgets and marketing. We ate a deliscious home cooked meal, and drank some wine. 10:30pm came too quickly. 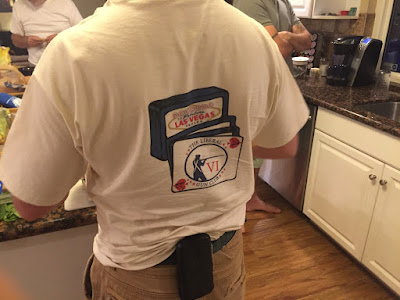 I went to the hotel and napped.

But wait, there is more!

Usually on Sunday, attendees get togehter for a subdued brunch, and quietly disperse to the compass points. But our CA hosts had other plans, and we ended up in the desert, with a decent size group of people, and a number of firearms. And Tannerite. 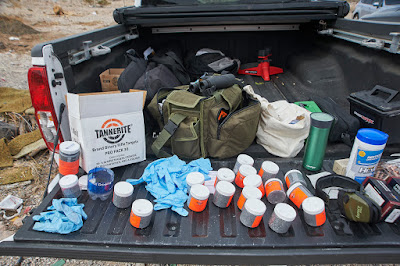 We designated a range safety officer (thnks Brandon), and set up one hell of a shooting gallery, long range targets and Tannerite jars out to 400 meters, and a pistol range off the the side. We had a ceremonial firing squad for some Tannerite to kick things off, then shot until we were sore, from about 9am till about 1pm. We had our own aerial surveillance 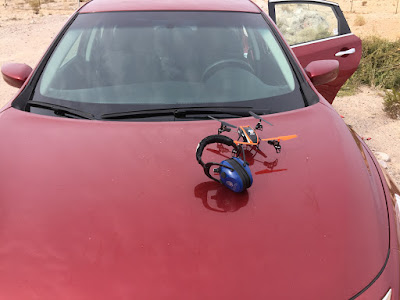 But alas, many had long drives and it was time to disperse. One of our guests had local family, and they had brought their dad, and he granciously invited the stragglers to his house for a late lunch, some excellent spanish wine, and general decompression.

Fantastic meeting, fantastic people, and I need a nap! More to come on real club business, but thank you all for attending, and we’re sorry some of you couldn’t make it this year! Next year I think we are back East for our 7th iteration of this shindig, stay tuned for news!