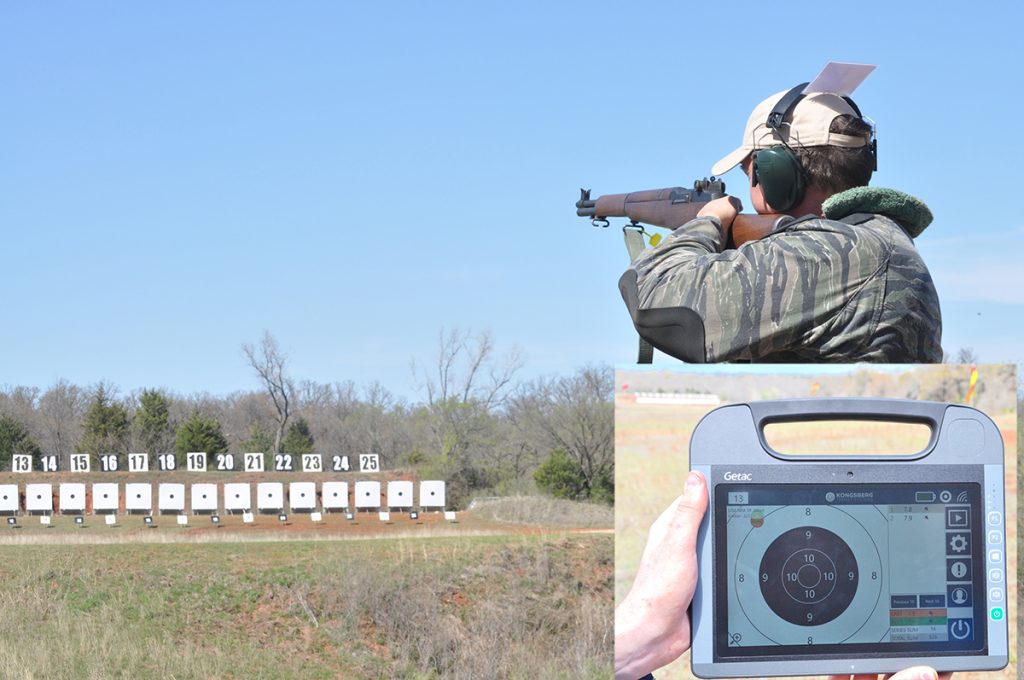 Competitors at the Oklahoma Games had the opportunity to fire on CMP's highpower mobile electronic targets. 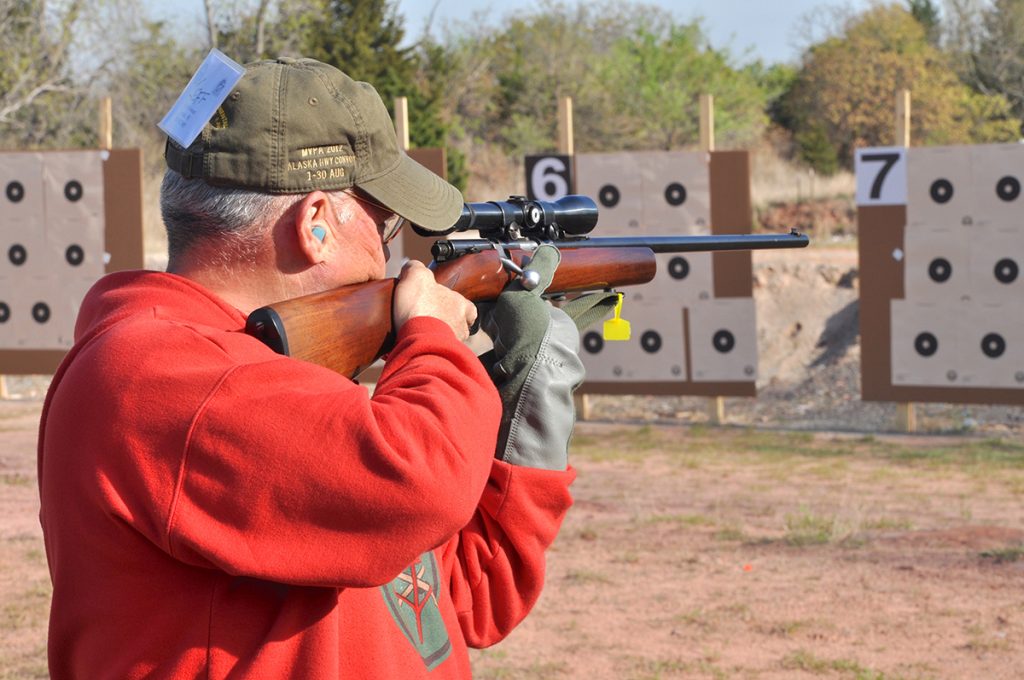 New to the 2017 schedule was the Rimfire Sporter Match, where competitors fire .22 caliber rifles.

New to the 2017 schedule was the Rimfire Sporter rifle match, where competitors fire .22 caliber rifles at distances of 50 and 25 yards. Winning the O-Class in the event was William Aten, 65, of Kingwood, TX, as Ashley Young, 26, of Dublin, GA, earned the top score in the T-Class. 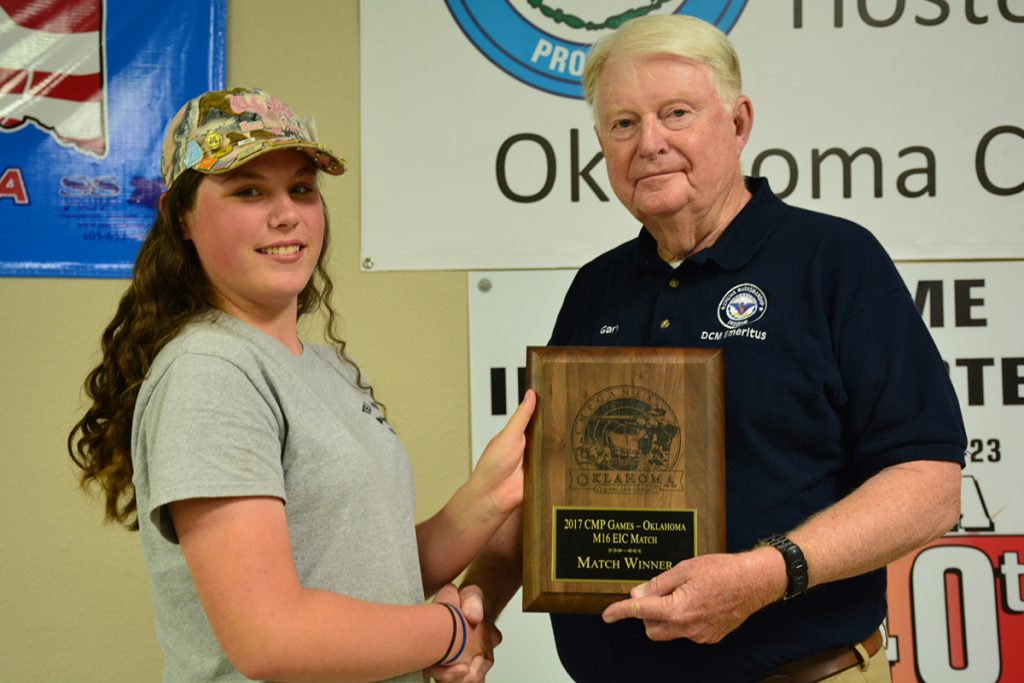 Junior Charisma Owen fired the overall score in the M16 Match, which is held at the conclusion of the Small Arms Firing School.

Winning the M16 Match, held at the conclusion of the Small Arms Firing School learning course, was junior Charisma Owen, 14, or Wichita Falls, TX, who fired an overall score of 377-9x. Owen had competed in the M16 match at the 2016 National Trophy Rifle Matches at Camp Perry, but her win in Oklahoma brought her four introductory EIC points toward her Distinguished Rifleman Badge. 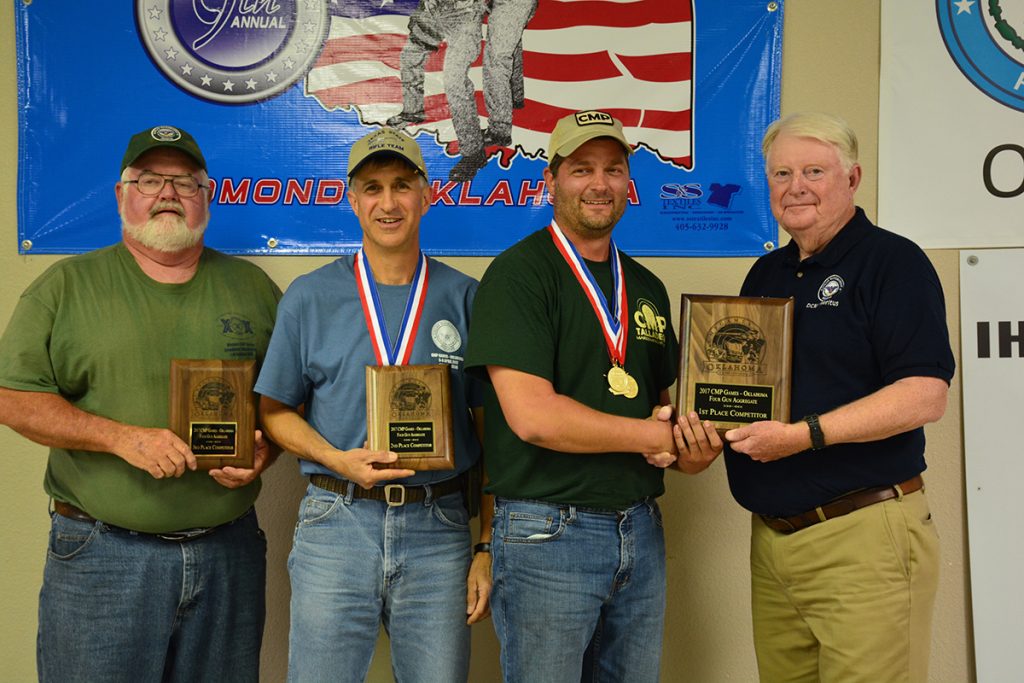 David Geyer not only topped the Garand Match, but also led the Three- and Four-gun Aggregate competitions.

Coming off of his Three- and Four-gun Aggregate competition wins back in October at the Western CMP Games in Phoenix, David Geyer, 41, of Phoenix, AZ, was again the lead scorer of the aggregate matches in Oklahoma – firing the highest combined score derived from his Garand, Springfield, Vintage Military and Modern Military match scores. He was also the overall winner of the Garand Match with a score of 285-8x.

William Fairless, 62, of Vienna, IL, led both the Vintage Military Match and the Carbine Match, also earning the High Senior award in both matches as well as the Modern Military event. 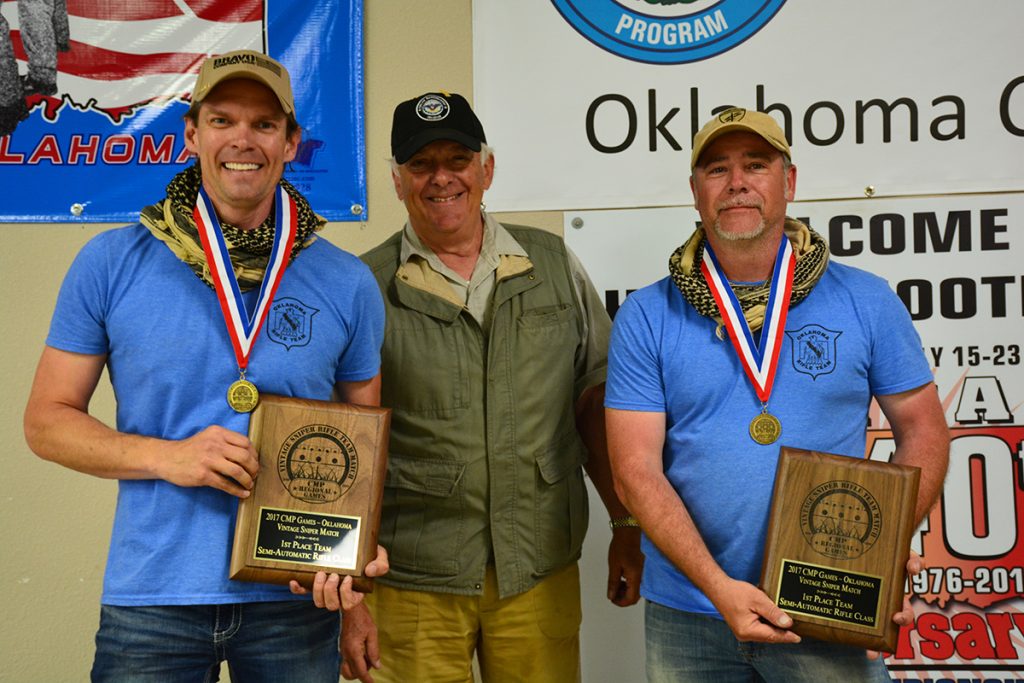 Team Lone Star Pest Control, consisting of Harold Pate and Kelly Worth, fired a score of 390-9x in the Vintage Sniper Manual match, while team Skinny Jeans, comprised of William Meade and Kurt Schmidt, overtook the Semi-Automatic category, with a score of 365-6x. 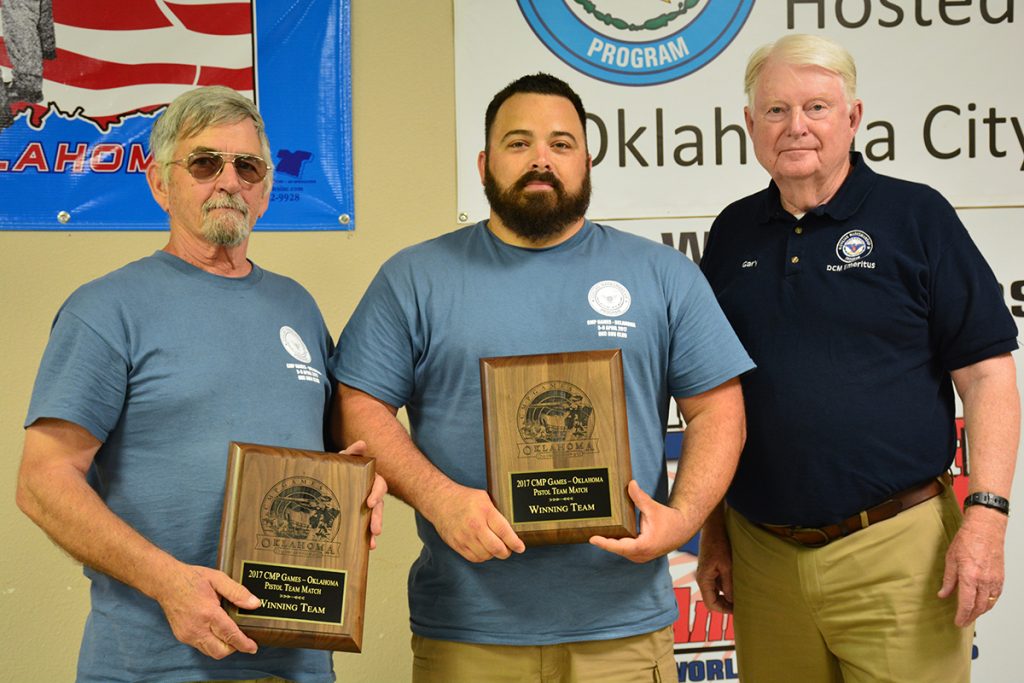 Daniel Miller and his teammate Peter Adams fired the top score in the Pistol Team Match.

In pistol competition, Daniel Miller, 35, of Mineola, TX, had a remarkable showing – coming out on top of the 40 Shot Pistol, Pistol EIC and .22 Rimfire Pistol matches. He also, along with teammate Peter Adams, dominated the team competition after firing the highest individual score of the event.

Following close to Miller in each match was Ronald Doggett, 56, of Oklahoma City, who earned his own wins in the As-Issued 1911 Pistol Match and the Military & Police Service Pistol Match. Since the Oklahoma Games was added to the Travel Games schedule in 2012, Doggett has been a four-time winner of both the As-Issued and Military & Police matches. 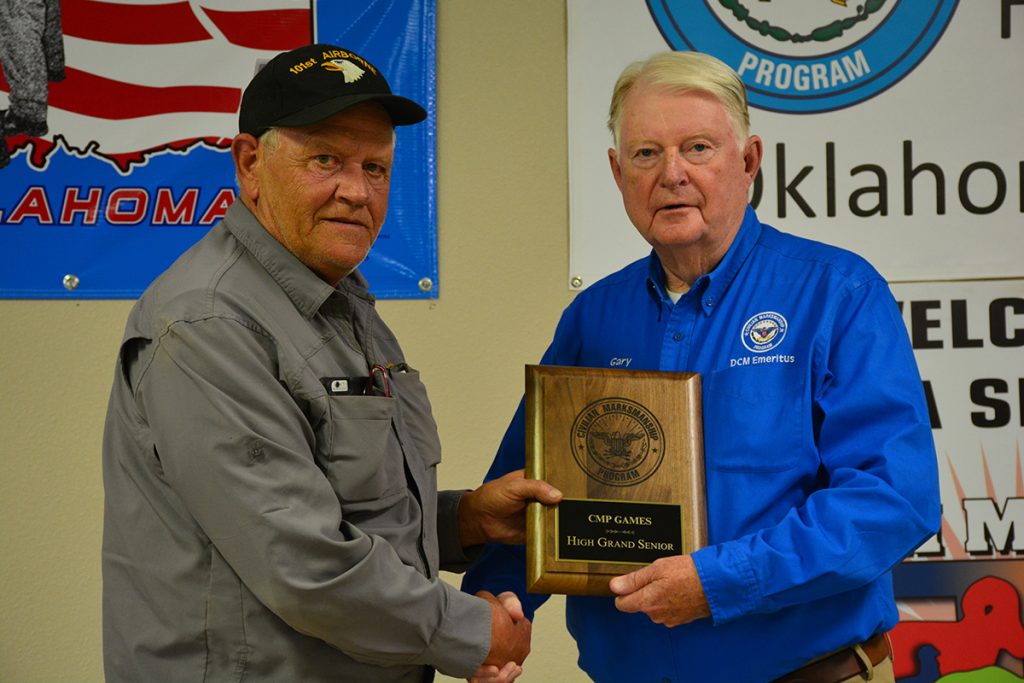 Some winning competitors, like Kraig Stuart, who earned the High Grand Senior honor in the Carbine Match, received their awards from DCM Emeritus, Gary Anderson.

Photos from the Oklahoma Games events can be viewed at http://cmp1.zenfolio.com/f888005999.