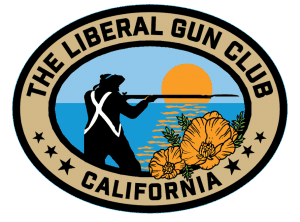 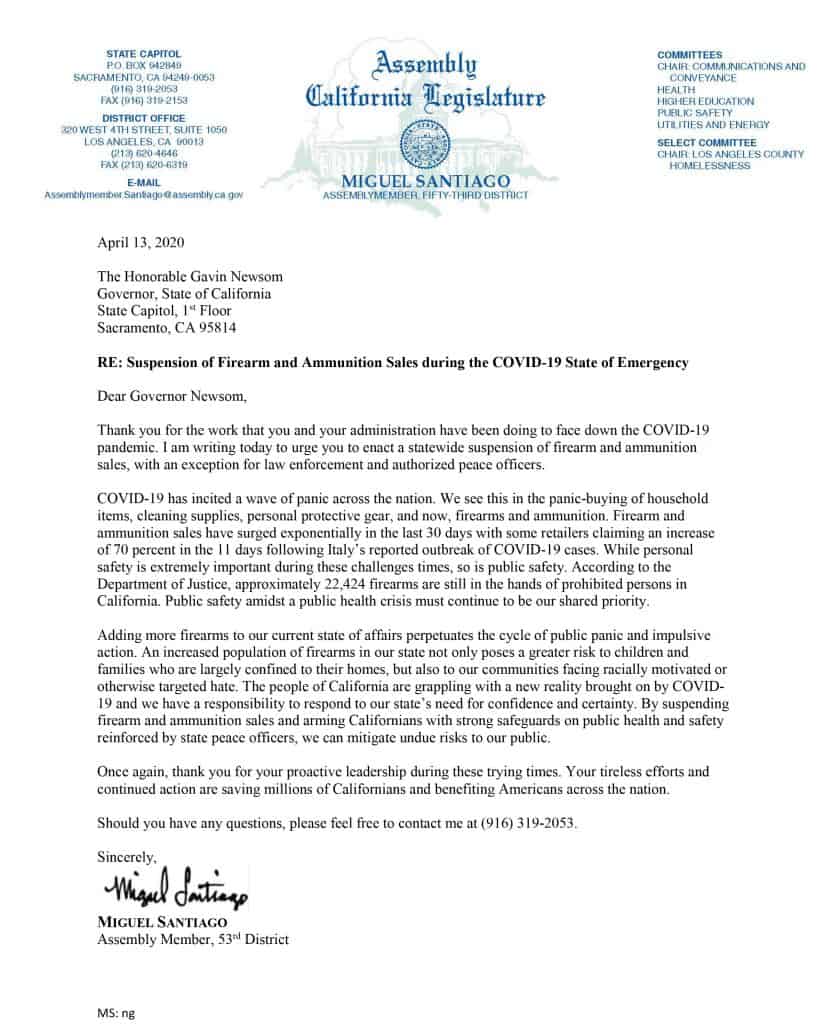 We have a situation in California that needs your immediate response. Miguel Santiago, CA state assembly member from Los Angeles, has sent the letter above to Governor Newsom. Apparently he is requesting executive action to suspend firearms and ammunition sales due to the current wave of sales. Please stop what you are doing now and write your state representatives and the governor’s office. Tell them in a respectful manner, how you feel about this. Something along the lines of how this doesn’t address any root causes of gun violence. Perhaps adding language about how gun laws discriminate against communities of color by denying them the right to self defense. A suggestion that enforcement of current laws comes before major changes in policy would also do nicely. Also maybe stating for the record that taking action in this manner is reminiscent of Donald Trump, and an over-reach of executive power.

Now that I think of it, it might be a good idea to send a Letter to Mr.Santiago as well. Perhaps he should consider proposing legislation to mitigate the DOJ statistic he uses as justification for his proposal. Designating additional funds for enforcement of current law to recover the Illegally owned firearms he mentions in his letter would be a more productive pursuit. Emergency funding for the DOJ background check system to be able to complete the backlog of background checks in time to catch illegal gun buyers would also be rather useful. Mr. Santiago’s Address is on the Letter above.

If you live in California you may find your state representative here:

If you don’t live in California and wish to write Governor Gavin Newsom you may follow this link: