1 by MicahaelTinkerPearce
The other year I was doing a series of testing obsolete cartridges for my blog and had happened across a Police Positive Special in .32-20. Bog-standard with a 4" barrel it was perfect for my tests. After those were finished I realized I didn't really have any further use for the gun, so I should either move it along or do something interesting with it. Being me I chose the latter.

I like snub-nosed revolvers and was curious how a shorter barrel would affect performance. I cut and re-crowned the barrel at 2", made a new front sight and mounted it and did a few other mild modifications, then made a set of custom Goncalo Alves wood grips for it. The end result turned out to be quite satisfactory. 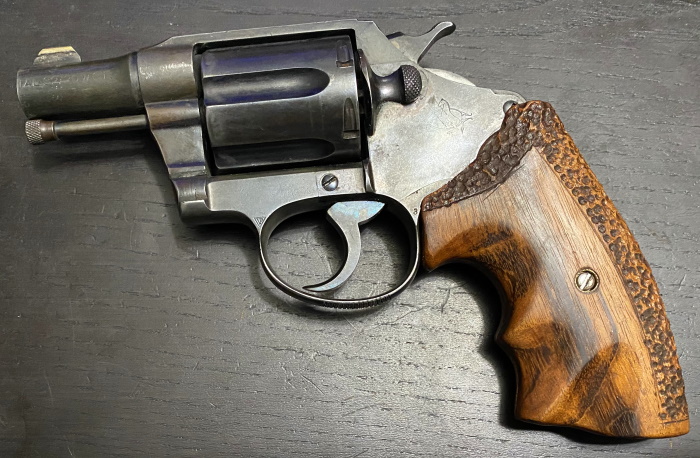 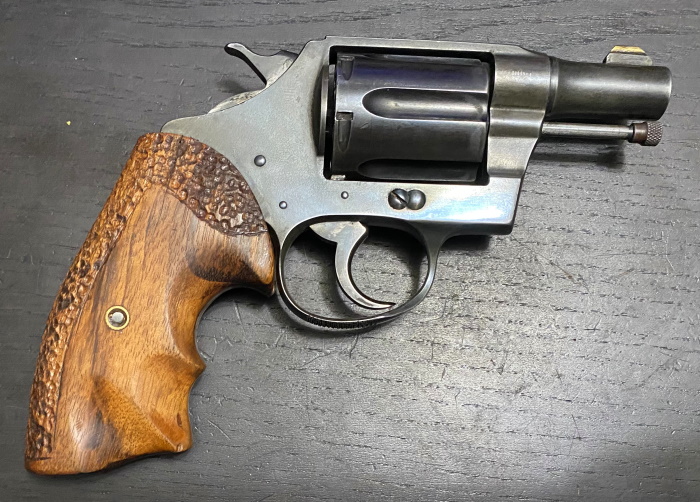 I touched up the finish a bit with some Oxpho Blue but didn't properly refinish the gun. Last week I added some stippling to the back of the grips using a 1.5mm carbide ball in my Foredom tool. Made a notable improvement to the grip. Like many old Colts the double-action trigger is quite nice; not the best of my revolvers but still quite good. I had it out to the range today trying a new load, a 90gr. Wadcutter over 2.5gr. of Red Dot. A bit snappy but really not bad. The target below was rapid-fire at 7 yards. 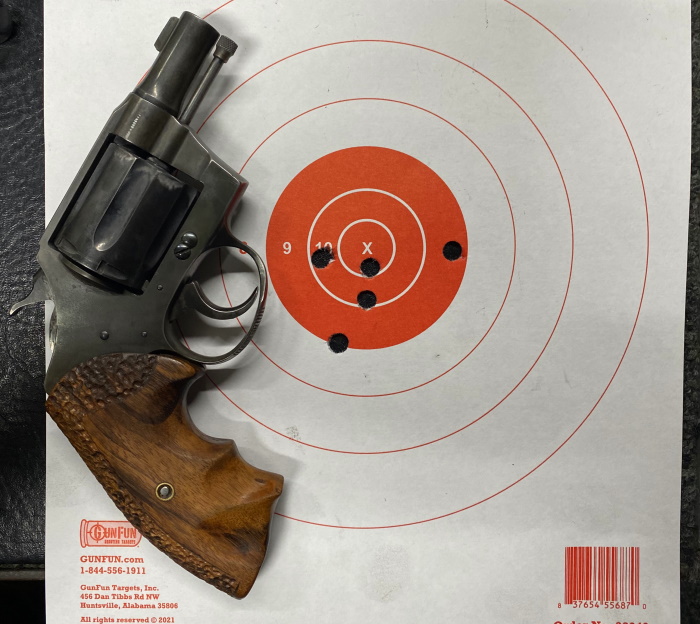 Re: An old scourge may be returning.
Those tetanus shots are the worst.