1 by INVICTVS138
My last post in this sub-forum was about a very inexpensive shotgun - my RIA single shot hiking gun. This is the opposite. I was able to order a Benelli Ultralight late winter when I found one in stock online. I have been reading reviews & wanting this shotgun for bird hunting for about almost 15 years, when I became a bird hunter. I’m generally a guy who buys “working” type guns liking to get a lot of value for my money, think the “Ruger” of everything. I could never pull the trigger on a more expensive shotgun than say a typical Remington 870. Why? I’ve bird hunted with a pump action for many years. In fact, my oldest son was outfitted with an 870 youth 20ga.; one that I got dirt cheap with a rebate from Cabela’s. 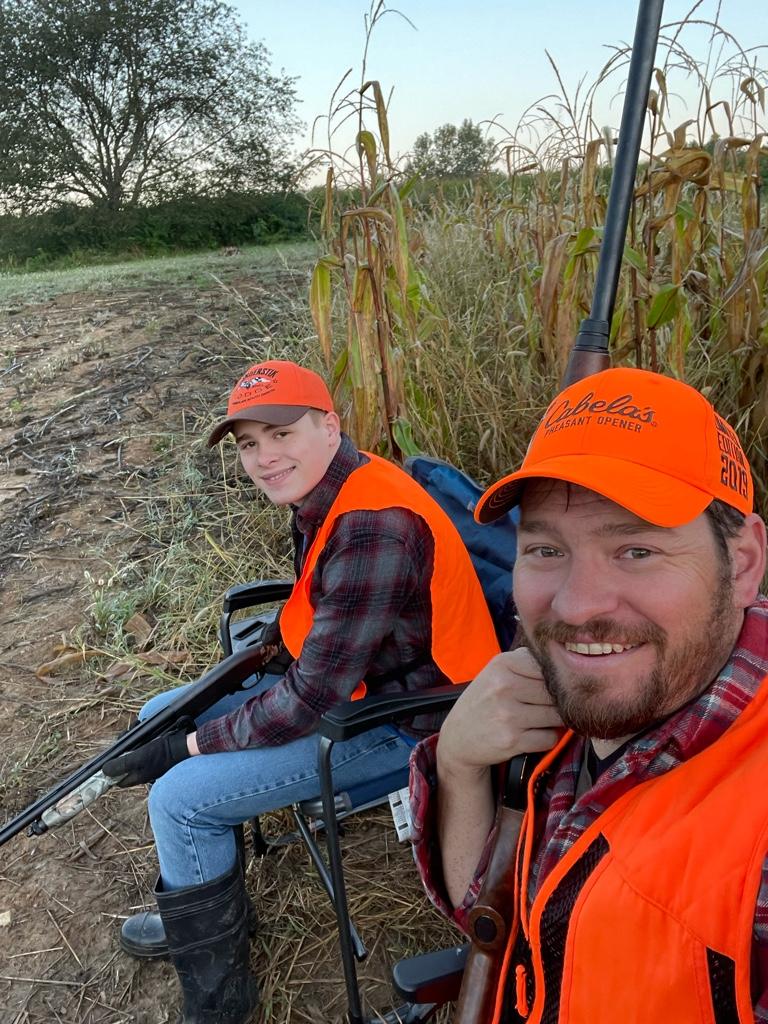 Because of COVID pandemic, I didn’t really get a chance to shoot it this summer, (really only having access to places to shoot handguns & rifles). That is until a couple weeks ago, when I broke it out for the dove season opener here in Ohio. I even bought a “skeet I” choke, which I haven’t used yet.

Dove season is the traditional start of Upland bird hunting in the Midwest, fall. It’s pretty chill as you can stay largely stationary, standing up to shoot, or perhaps maneuvering to afford a better shot. You make use of a decoy or decoys. The birds fly pretty high and fast & are pretty small targets. The shots are pretty far on average, too —- ranging from 10 - 40 + yards (with the closer ones being overhead flyovers.) I’ve hunted with this gun on two separate outings so far this fall; each time bagging two birds and probably shooting at least 10 shots per hunt. The shots much further than a Pheasant, partridge or quail hunt in my experience which can be very close. The Doves often fly from tree to tree. 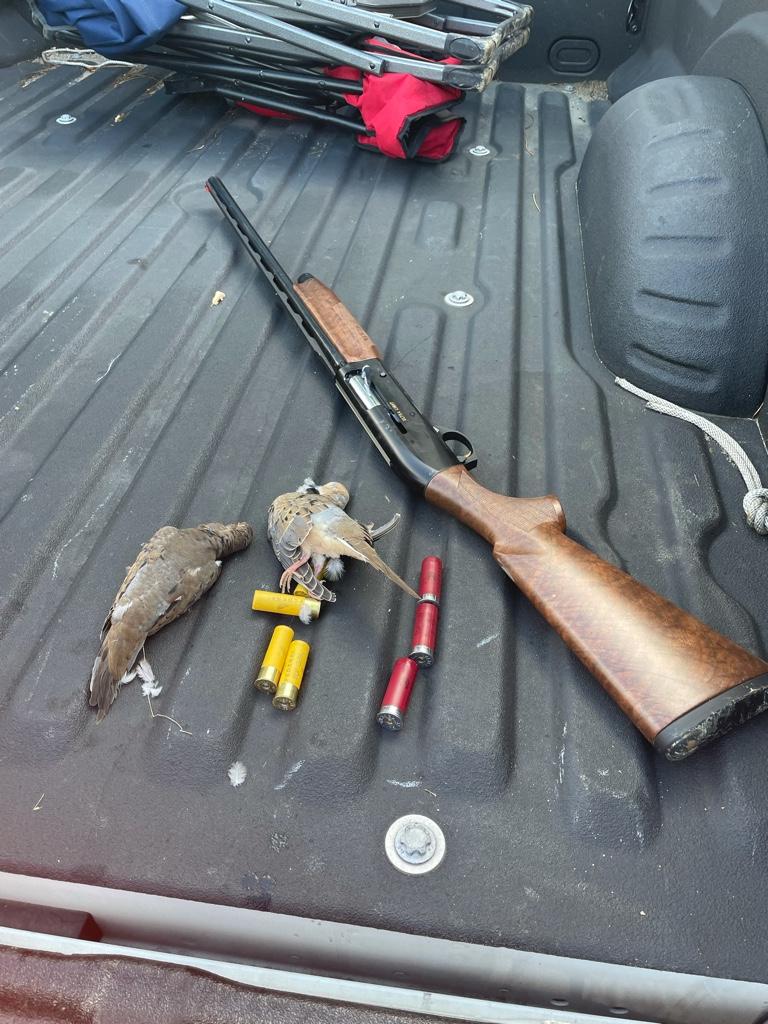 Mine is a 26” 12 ga with a 3 shot capacity (which is perfect for most bird hunting applications.) the gun uses the Inertia Drive system which uses recoil and springs to drive an action that is fairly renowned for reliability. It’s not supposed to be as “soft” a shooter as a gas gun - but I found it to be softer shooting than my Winchester 1300 pump which weighs almost a pound more. One shot on a covey taking off from a field about 30 yards distant; I didn’t have a proper mount - no shoulder contact and it was perfectly fine. This gun flys to your shoulder mount for quick reaction shots. 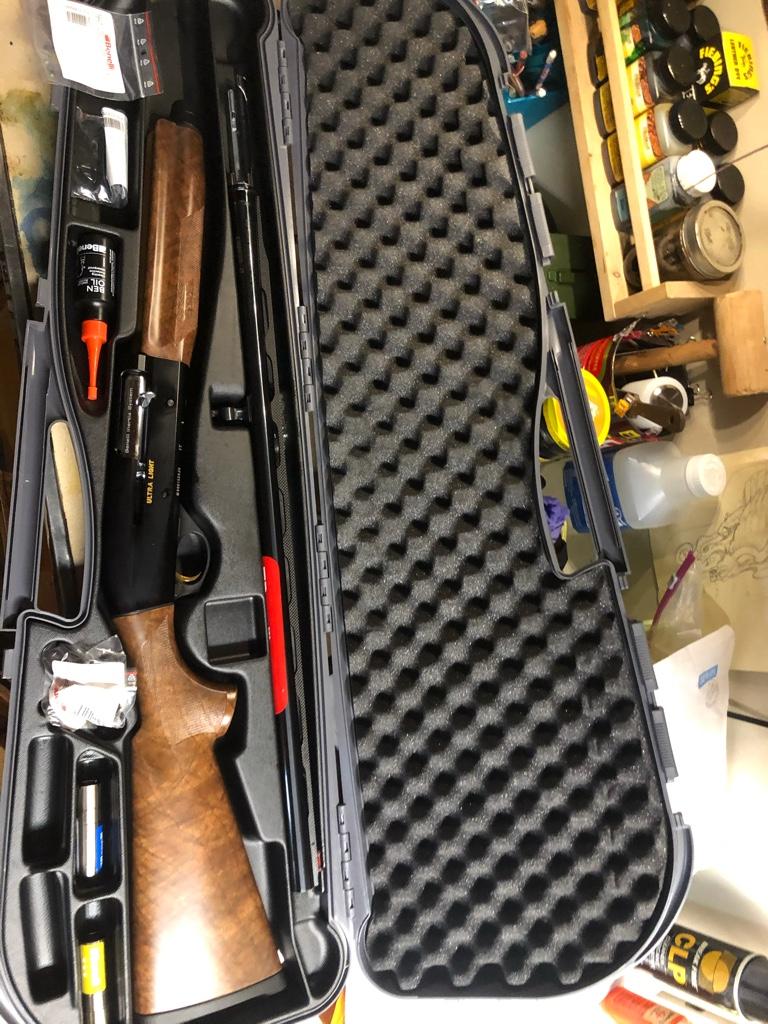 I used 2 main types of ammo on the respective days. Federal target load #7-1/2 & a Remington Heavy dove load #6. I didn’t feel there was much appreciable difference. I’ve been hauling those dove loads around for 3 moves In The past decade or so & I haven’t exactly been persnickety about how I stored them (temperature & moisture-wise) - so I wanted to see if they were reliable. Mil-spec ammo cans FTW. I was a bit worried the #6s would tear them up abit too much but it was unfounded. I always use #6s for pheasants, as the #4s tear them up too much for the table. 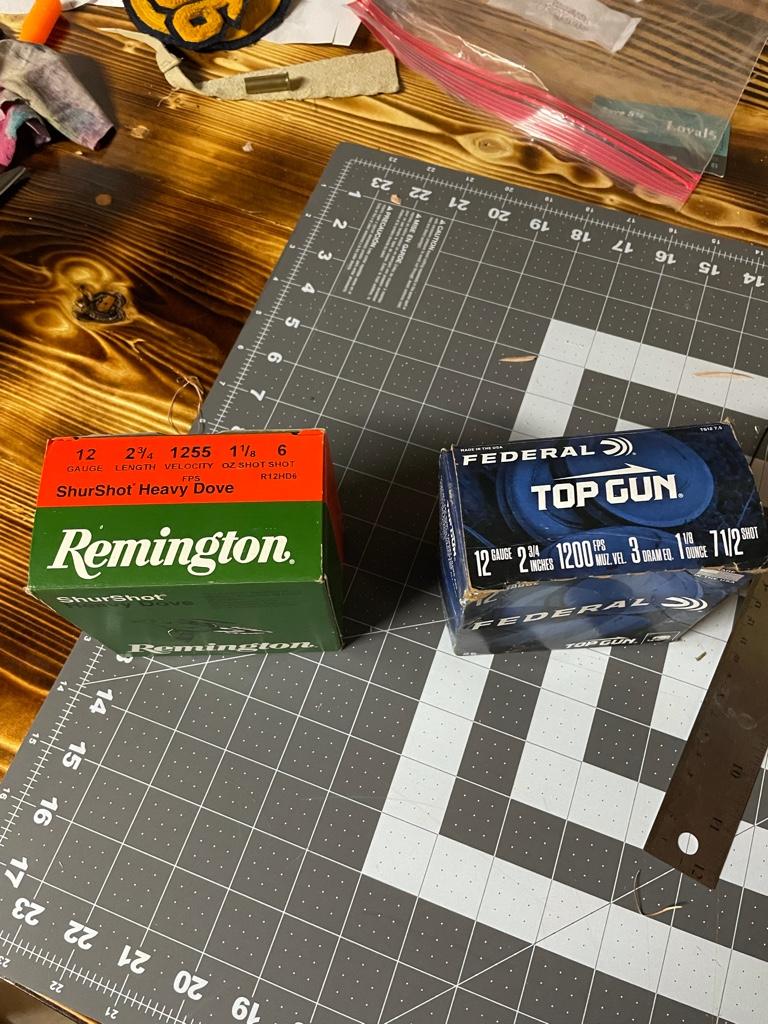 I will try to post updates as I am scheduling a Duck hunt & hopefully a pheasant hunt later this fall/winter. And hopefully I’ll squeeze in a few more days of Dove; as our Ohio ones migrate & the Michigan ones pass through…

I got my daughter one in 20 gage (it was a screaming good deal) and found a youth stock (from one of the related models). She (5’3’, 90ish pounds) didn’t have any problems with the recoil firing it. Unfortunately we haven’t played with it much (COVID) but I think it’s awesome. Someday maybe I’ll get my own. Lol

3 by tonguengroover
Excellent review of my favorite shotgun/maker that I've never owned ! AHHH! Yer killing me. Is that the model 10801?
Redneck Liberal This Is The Way

tonguengroover wrote:Excellent review of my favorite shotgun/maker that I've never owned ! AHHH! Yer killing me. Is that the model 10801?

5 by tonguengroover
How's the trigger on that? It's a beauty. And they come with a hard case too eh?
Redneck Liberal This Is The Way

tonguengroover wrote:How's the trigger on that? It's a beauty. And they come with a hard case too eh?

Trigger is nice and crisp & yes, it comes with a nice hard case. They say it’s 8 lbs and you can replace it down to a 6 lb or so trigger, but I think that’s unnecessary in a field gun. I don’t mind a bit heavier trigger as long as there’s no creep. I mean come on, I shoot Ruger revolvers…

7 by FrontSight
Benelli makes a fantastic shotgun for sure. I like your 20 bore, that's a perfect upland gun.
“I think there’s a right-wing conspiracy to promote the idea of a left-wing conspiracy”

8 by tonguengroover
My dad being Italian and growing up in So. Philly would have killed for a Benelli. He said the family had an old single shot out at the farm but couldn't remember what it was. He got asthma so he lost interest in hunting.
I bet living in Ohio is just the cats meow as far as hunting goes. Out here I gotta watch out for cactus all the time. And I do not have a good bird gun. So I may have to keep a look out for a used one.
Redneck Liberal This Is The Way

tonguengroover wrote:My dad being Italian and growing up in So. Philly would have killed for a Benelli. He said the family had an old single shot out at the farm but couldn't remember what it was. He got asthma so he lost interest in hunting.
I bet living in Ohio is just the cats meow as far as hunting goes. Out here I gotta watch out for cactus all the time. And I do not have a good bird gun. So I may have to keep a look out for a used one.

Ohio is a mixed bag for hunters. The wildlife management does a good job for some species (doves, whitetails) but we have no real habitat for pheasant, quail, partridges, as the state is pretty much all suburbia, farmland w/ a few hills & woods in the east. If you are a bow hunter and have your own private, managed, plot it’s great. If you are a public land hunter, (like me) you have to deal with small amounts of public land and pressure/competition from other hunters. Rabbits and squirrels abound as well.

However, ohio does manage the small amount of public wildlife areas, fairly well. Duck hunting spots are super competitive with the minimalistic amount of inland lakes down south. I’m sure it’s much better up north by Lake Erie. Duck is the best tasting game bird IMHO, and it’s the least accessible to hunt here.

Maybe someone from the Dakota’s/ Montana will chime in Becuase that’s where I imagine it is a Upland bird hunter’s paradise.

10 by tonguengroover
Really? I would have thought there would be lots of quail as well as dove and ducks galore. All I have as far as a bird gun is my Marlin Model 55 12 ga Goose gun (centennial) . She's a little big to be hauling around the hills. She's like a stationary artillery piece. hehe
Redneck Liberal This Is The Way

11 by INVICTVS138
I used to hunt with a buddy who used a 20ga bolt gun, with a a variable choke. He had a lot of other expensive, what I would consider “novelty” (like a .50 AE DEAGLE) guns and used his “bolter“ to hunt with … I asked him why not trade his DEAGLE for a nice shotgun? If it’s me, I want the gun I actually use to be the nicest … but what ever gets you out there…???

Jeez, I never see anyone carrying a DEAGLE! But what ever turns your crank I guess.
Redneck Liberal This Is The Way

Bsmithwins
Re: CCI Stingers in stock

Re: Car owner shoots two car jackers in Chicago su
This is in my area of Chicago... It's crazy