The North Dakota 4-H Shooting Sports Program sent a team of youth representatives to the 4-H Shooting Sports National Championships held the week of June 26 in Grand Island, Nebraska.  The championships are attended by state qualifying teams and individuals representing the best in each state’s 4-H shooting sports program.  The event is a multi-discipline stage including archery, air rifle, small bore rifle, shotgun, hunting skills, muzzleloader, and pistol.  Each discipline has three competitive matches over the week and the competitors receive individual and team awards for each competition. An overall match award for the cumulative scores of the discipline are given to the participants on the last day. 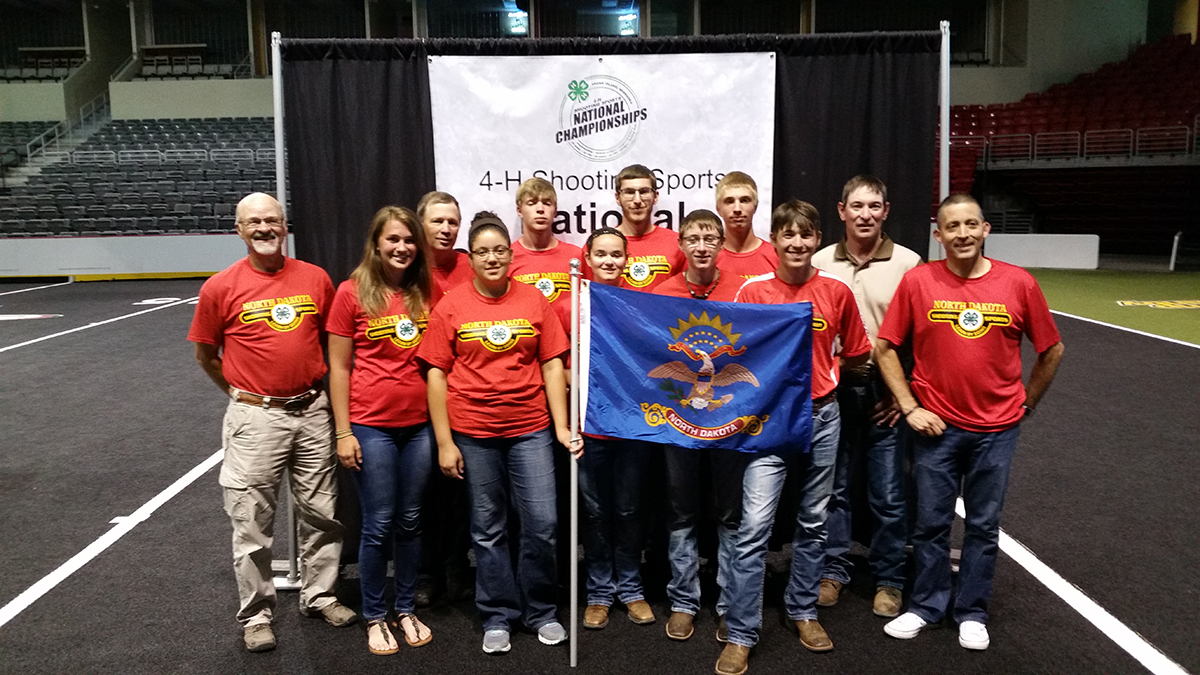 Kail Larsen from Stark County finished fifth overall individually in the muzzleloader.  Kail placed first in the 25 yard novelty shoot, second in the 50 yard bull match, and 15th in the silhouette match. There were 57 participants in the muzzleloader event.

Ramsey County’s archery team of Erin and Christopher Morstad finished 34 and 35th respectively as individuals in compound archery.  Shaelynn Tofte finished 67th and Mason Hanson in the 86th place.  Overall, the archery team finished in 14th place out of 25 teams. Individual discipline high finishes included Erin Morstad placing in 13th place in the FITA and 22nd in field archery. Chris in 14th place in FITA and 40th place in field archery. There were 100 archers in the compound archery competition.