Looking to the National Matches: AZ Scorpions a Junior Team to Watch

The 2017 National Matches are fast approaching! That means thousands of adults and juniors will soon be loading up their equipment and heading for the shores of Lake Erie to fire on some of the most prestigious range sites in the world, located on the grounds of Camp Perry, Ohio. 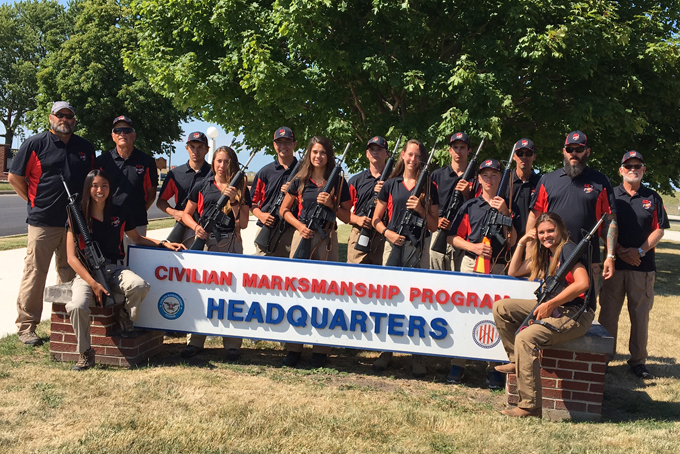 Many new young athletes will be attending for the first time, while others will be traveling with teams that have made their marks on the National Match stage for the past several years. One team that has given itself a “regular” status, but is anything but standard is the Arizona Scorpions Junior High Power Team. Over the years, the team has secured numerous wins and honors through its talented and hard-working juniors within the program.

The Arizona (AZ) Scorpions Junior High Power Rifle Team is sponsored by the Arizona State Rifle & Pistol Association and is open to NRA highpower classified Arizona junior youth between the ages of 14-20. Tom Kirby currently serves as the division director and has won numerous awards every year, with the help of coach Myles Gorin. Members on the team compete in local matches during the September through May season and participate at the National Rifle Matches at Camp Perry each year. 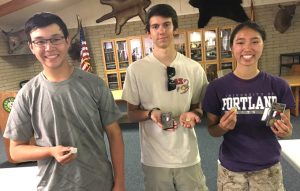 Many Scorpion juniors are on their way to earning their Distinguished Rifleman Badge.

Recently, a few Scorpion juniors Zac Clark and Sarah Nguyen took first and second, respectively, during the 2017 Desert Sharpshooters Excellence In Competition (EIC) Service Rifle Match in March, which helped the pair move closer towards their individual Distinguished Rifleman Badges – a prestigious accomplishment. Clark and Nguyen also took the top two places during the 2016 Creedmoor Cup Match in Phoenix in October, as teammate Alex Kuprinsky landed in the fourth place position to earn his own EIC points. 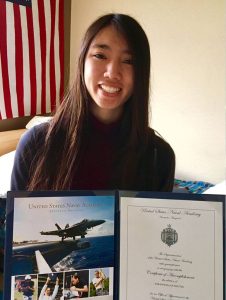 Arizona is incredibly blessed to have so many young men and women who are willing to answer the call to serve their country. Sarah Nguyen from Prescott Valley, AZ is one of those leaders who has recently accepted her appointment to the United States Naval Academy. Source: http://arizonajuniorhp.com

Nguyen, with her talents, also recently received an appointment to the U.S. Naval Academy, class of 2021, and is the fourth Scorpion to do so. 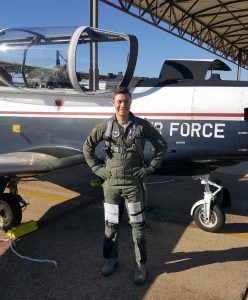 Tyler Rico earn his Distinguished Rifleman Badge in 2007 at age 13. Rico is currently in pilot training with the Air Force.

Other talented members to earn appointments to military academies include Tyler Rico, who fired on the team from 2007 to 2012, and became the youngest marksman to earn the Distinguished Rifleman Badge when he was 13 years old. He has also held several National Records, among other accomplishments, and went on to attend the U.S. Air Force Academy. In total, four members of the team earned shooting scholarships to military academies in 2012, including spots at West Point and the Naval Academy.

In 2015, Jackovich and Clark came together to fire a new National Record during the NRA’s Whistle Boy match with a score of 977-30x – a two-point increase over the previous record that had stood since 1999. During the CMP National Match events, Clark and Nguyen earned bronze in the National Trophy Junior Team Match. A six-person AZ Scorpions team also beat out 14 other junior teams to earn the top place and 13th overall in the difficult Infantry Team Match (Rattle Battle).

Since 1983, the team has earned six Minuteman Trophies – awarded to the top junior team in the CMP’s National Trophy Rifle Team Match. The team has also taken home 14 Junior Infantry Team Trophy National Champion titles since 1988, with 24 finishes in the top three places.

Jackovich, who earned a spot on the coveted President’s 100 team after an outstanding performance during the President’s Rifle Match in 2015, also earned his final EIC points during the National Trophy Individual Match and was able to take the stage to be pinned with a Distinguished Badge.

Jackovich also showed his three-position air rifle talents at the 2017 JROTC Regional Service Championships, as he took first in the Air Force competition, hosted by the CMP and held in Las Vegas. In 2015, he earned his Distinguished Air Rifle Badge as a result of his consistently superb competition performances. 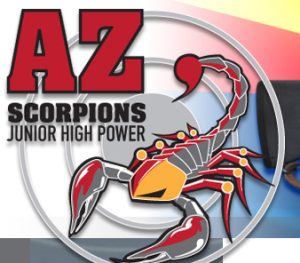 Besides the usual membership fees, becoming a part of the AZ Scorpions Junior High Power Team requires an individual to strive for more. Each member must maintain good grades and citizenship in school and always reach for improvement by staying committed to the team through event participation and fundraisers.

For more information on the AZ Scorpions Junior High Power Team, visit their website at http://arizonajuniorhp.com/index.html. You can also visit their Facebook page: https://www.facebook.com/AZScorpionshighpower/.

Look for the AZ Scorpions and other junior highpower teams at this year’s National Matches, firing throughout the month of July at Camp Perry! Registration is open for the 2017 National Matches, visit http://thecmp.org/competitions/cmp-national-matches/ for more information.

The post Looking to the National Matches: AZ Scorpions a Junior Team to Watch appeared first on Civilian Marksmanship Program.