In a remarkable performance at the 2017 Civilian Marksmanship Program (CMP) Regional Three-Position Air Rifle Championships, Kristen Hemphill, 17, of TX Hill Country Shooting Club, fired a new standing National Record score of 200-19x. To put it in perspective, she hit the x-ring, which is roughly the size of the head of a pin, 19 out of a possible 20 times in a row. 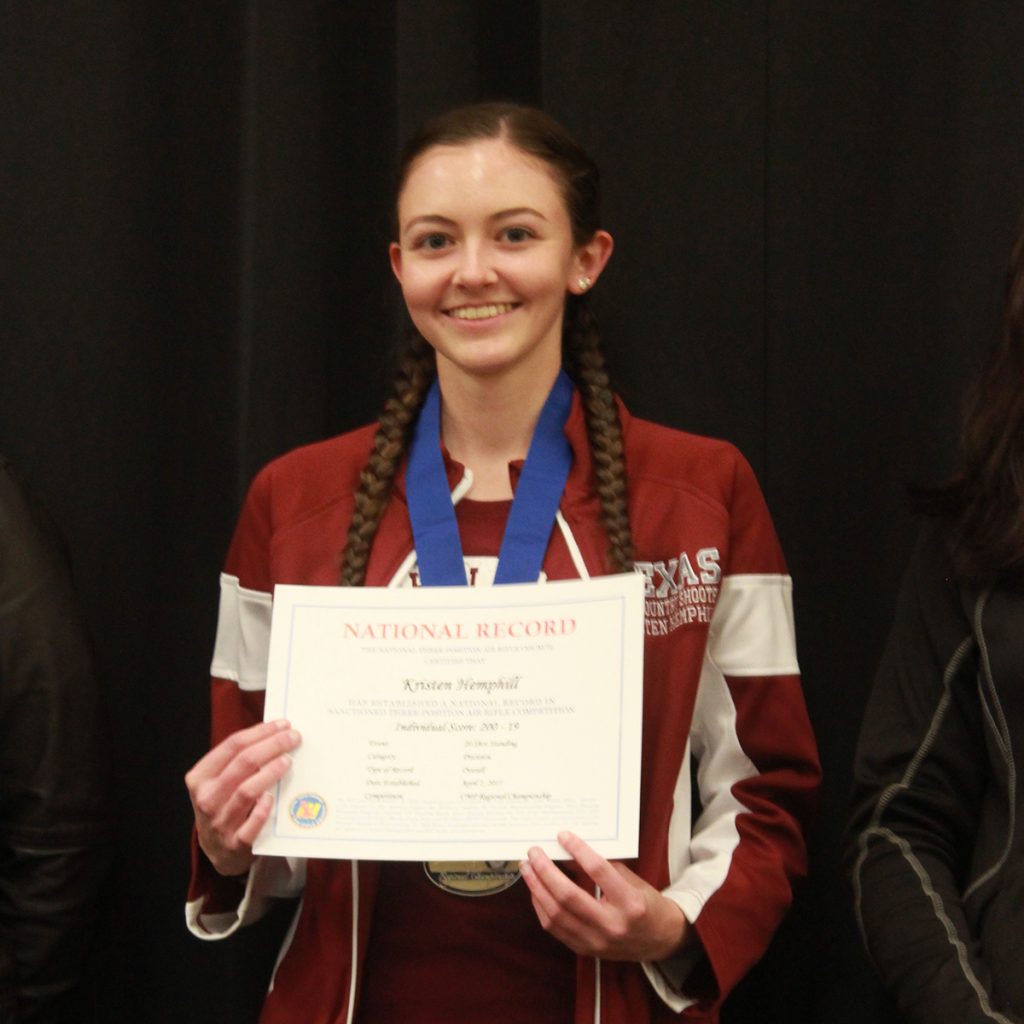 Hemphill received a standing ovation as she took the stage to be recognized for her outstanding accomplishment.

That same day, she mirrored her standing score by firing a prone score of 200-19x. Hemphill recorded her incredible scores on the CMP’s electronic target Mobile Range, which was assembled in Layton, Utah, April 6-8. Teams came from as far as Honolulu, Hawaii, and Anchorage, Alaska, to compete in the annual competition. 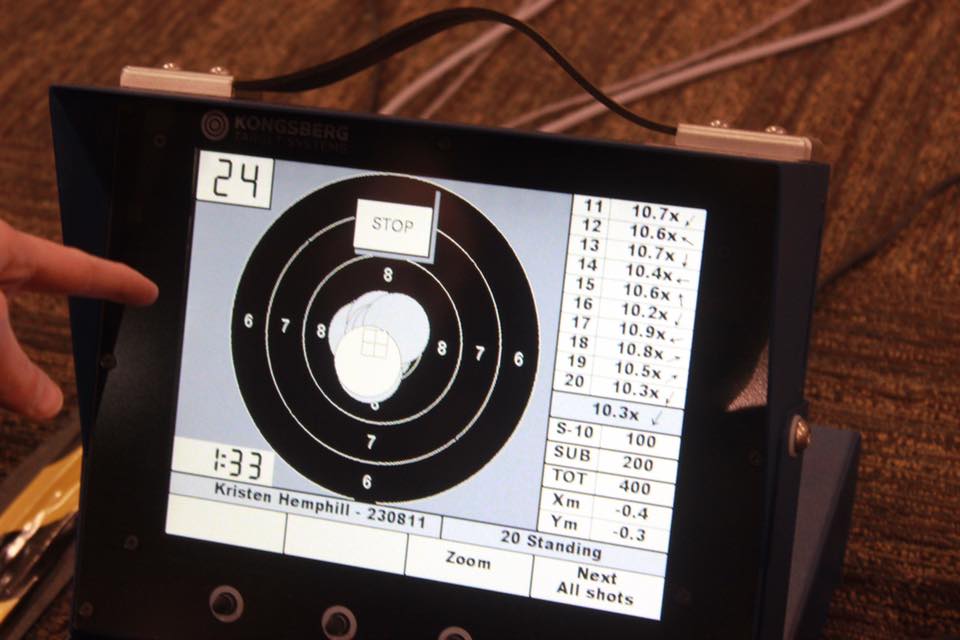 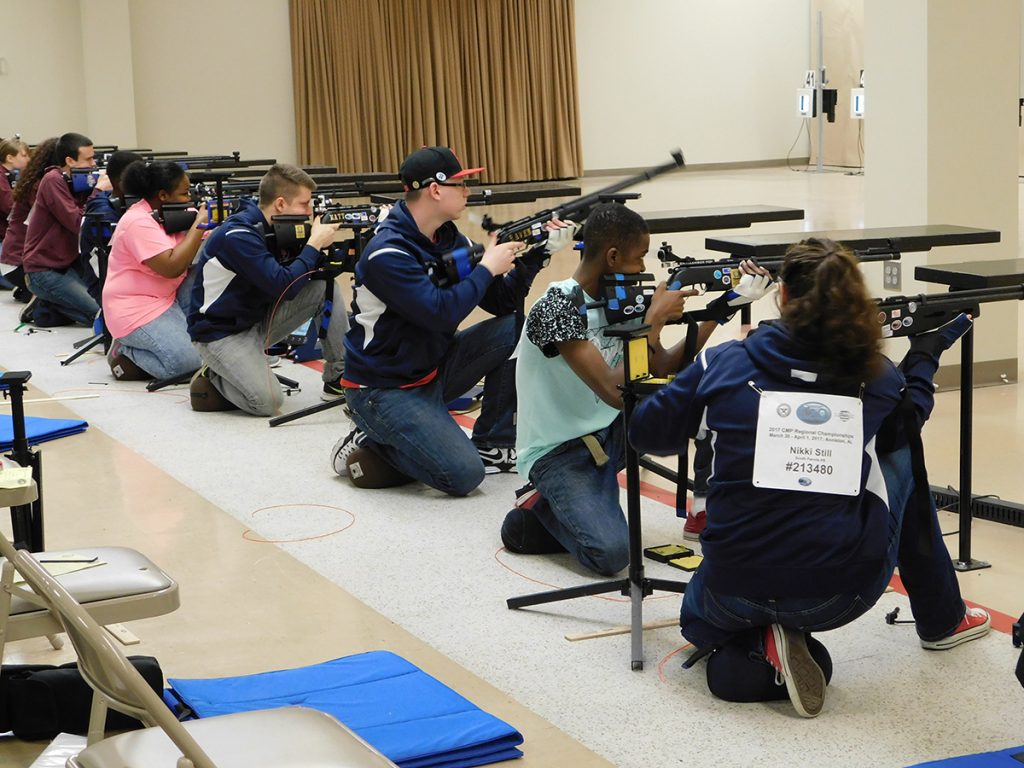 The match is a 3x20 air rifle event, where sporter and precision class competitors from 4-H, Scouts, American Legion, club or JROTC rifle programs fire 20 shots at each position: prone, standing and kneeling. Overall winners at each location include: 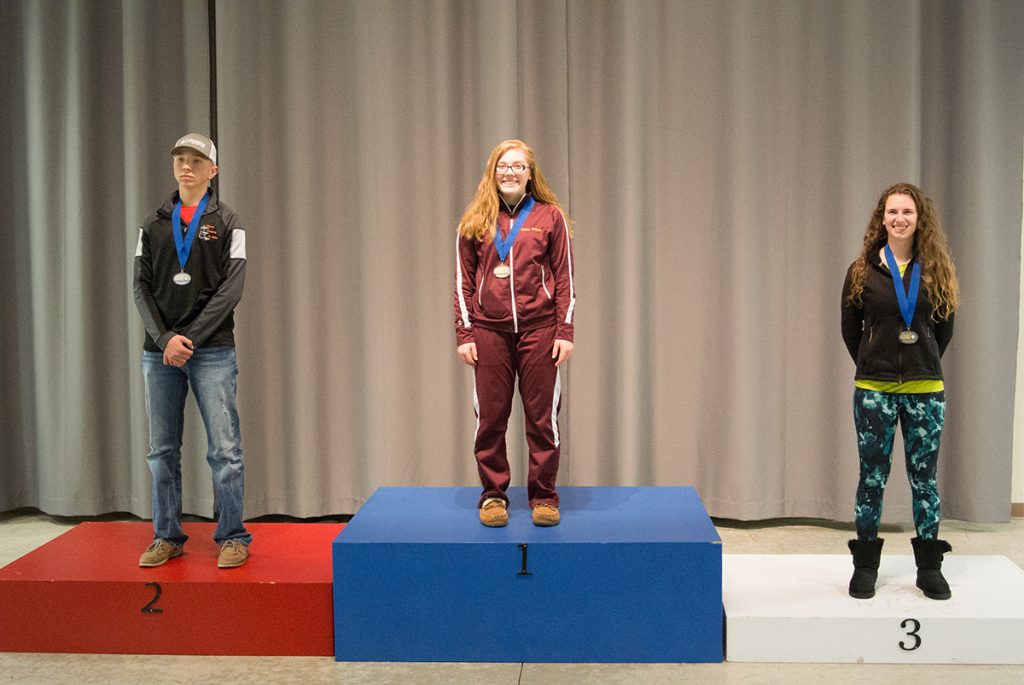 Top teams and individuals will be invited to the 2017 CMP National Three-Position Air Rifle Championship, June 21-26, at the Gary Anderson CMP Competition Center in Ohio. The event is free and open to the public.

Guests will also be able to personally see CMP’s new air gun targets, installed in November 2016. The Kongsberg Target System (KTS) targets used in the range are powered by OpticScore technology, which are scored optically by internal LED lights. The range also features monitors at each firing point and large overhead monitors for spectators to keep track of scores.

Junior marksmen participating in the CMP National Championship will also automatically be entered in the USA Shooting National 3P Junior Olympics – fired at the Gary Anderson CMP Competition Center. Precision competitors will compete on June 22, while sporter competitors will follow on June 25.

For a complete list of results of the CMP Regional Championships, visit https://ct.thecmp.org/app/v1/index.php?do=match&task=edit&match=15054&tab=results. More information about the CMP 3P Air Rifle Championships can be found on the CMP website at http://thecmp.org/air/national-three-position-air-rifle-championships/.

Photos of the Regional events can be found on the CMP Zenfolio page at http://cmp1.zenfolio.com/f94018244.