PHOENIX, Ariz. – William Ellis, 52, of Langley, England, continued an incredible year of marksmanship showings by overtaking both the Three-Gun and Four-Gun Aggregate rifle competitions during the Civilian Marksmanship Program’s (CMP) Western Games, held Oct. 13-17 at the Ben Avery Shooting Facility in Phoenix. Earning the second Distinguished Rifleman Badge by a non-U.S. citizen this past year, the Western Games aggregate wins were a first for Ellis, who has been traveling to the event since 2009. 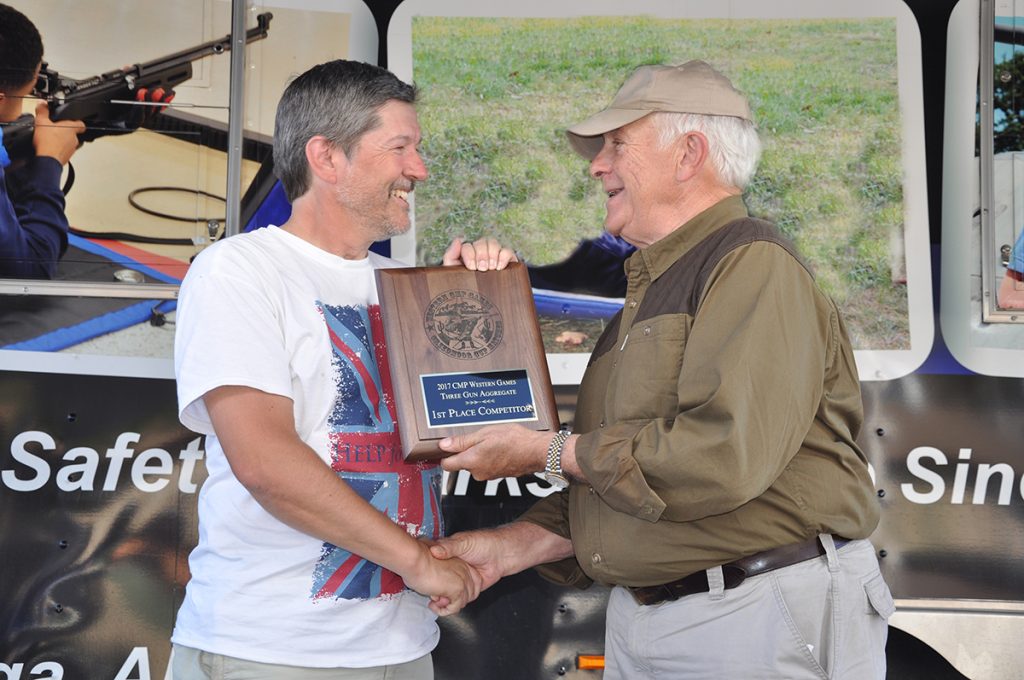 William Ellis was the winner of both the Three- and Four-Gun Aggregate competitions.

Back in 2014, Ellis had fallen just short of the aggregate match titles, landing in second in both, followed by a fourth overall finish in the matches in 2016. But this year, he gave a number of consistent and noteworthy performances in the Arizona desert to guide him to success, including the top spot in the Springfield Rifle Match and earning second in the Vintage Military Match.

Additionally, as a talented competitor undoubtedly traveling the farthest to compete, Ellis will be featured in a Carbine Match TV video segment by Shooting USA (www.shootingusa.com), whose crew filmed portions of the CMP Western Games for an upcoming episode. The crew also shot footage of the GSMM matches, electronic targets and the Rimfire Sporter event.

Along with impressive scores in the vintage rifle matches, Ellis took his skills to the Rimfire Match to be named the overall winner of the Tactical Class. Last year’s Three- and Four-Gun winner and the second place finisher of both events this year, David Geyer, 42, of Phoenix, topped the T-Class. Lyle Drenth, 64, of Cedar City, UT, outscored the field by 10 points to earn the O-Class competition win and also carried the Carbine Match. 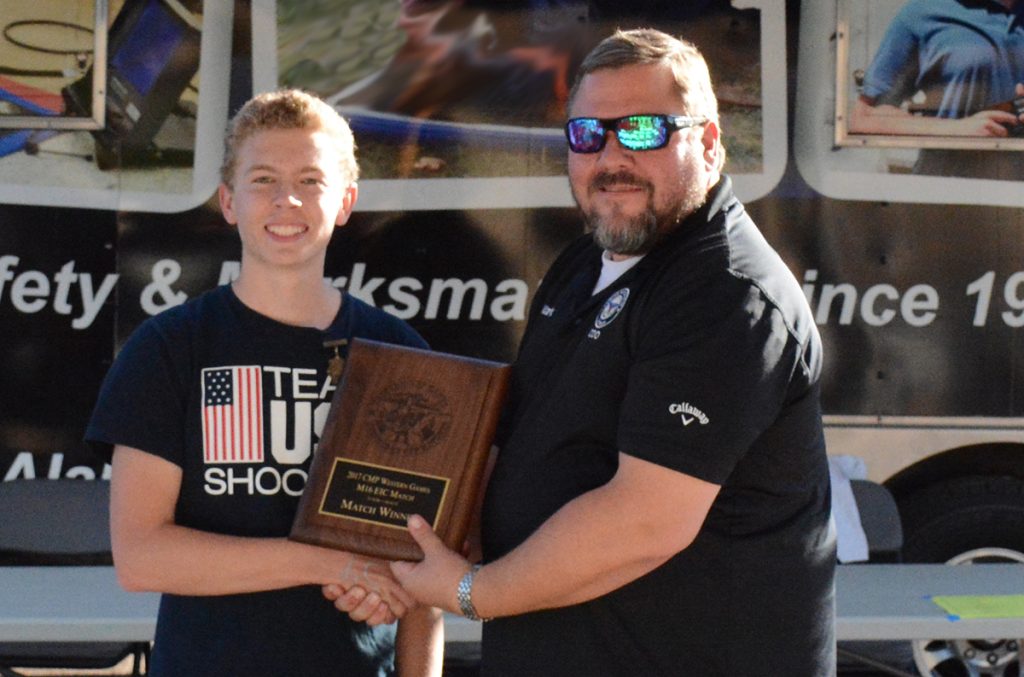 Junior Jared Wilkins was the overall winner of the SAFS M16 EIC Match.

Competitors and guests of the 2017 Western Games experienced some incredibly hot weather in Phoenix, despite the event being held a week later than previous years. Warmer periods saw temperatures reach about eight to 10 degrees warmer than usual, dipping into the 90s each day. The afternoon of the Sniper team match day saw temps topped out at 102 as CMP staff disassembled the electronic targets. 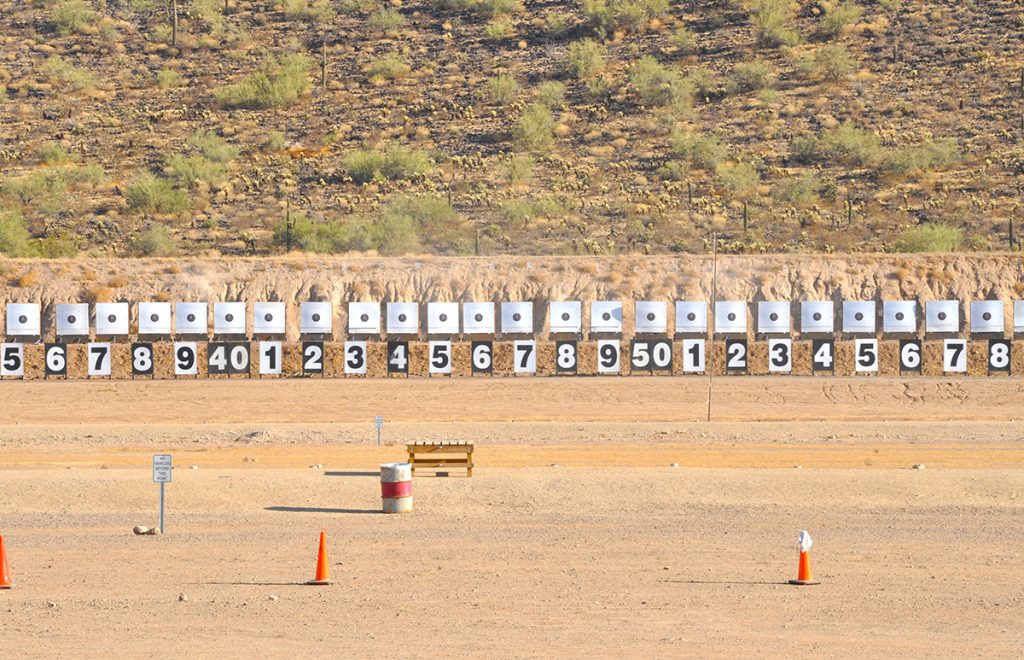 Participants fired on CMP electronic targets throughout the duration of the Western Games.

CMP’s electronic targets, 30 in total, were set up on the berm in front of the highpower rifle range pits wall. The Small Arms Firing School was successfully fired on the targets before overnight wind gusts exceeding 40 mph toppled the entire line.  The winds were so strong, they even blew over the port-a-johns on the highpower range – thankfully, with no one inside.

Thanks to the CMP staff and several competitors, the majority of the targets were reset, and all matches were fired upon them for the scheduled day and the remainder of the matches.

“It put us behind about two hours, necessitating additional, smaller relays but firing was still completed earlier than if we had run the matches on pit-operated targets,” said Steve Cooper, CMP North general manager. 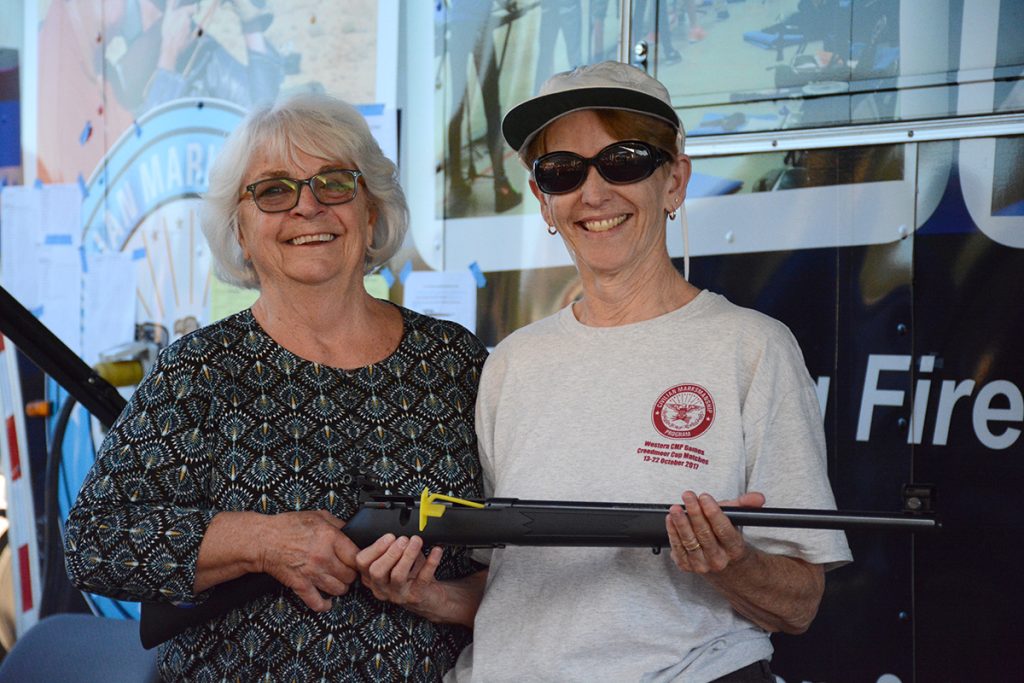 Competitors present at the awards ceremony were eligible to win a variety of prizes, from hats to rifles.

“It is customary to have one or two achievement awards ceremonies at sundown during the matches, but all of the awards ceremonies concluded well before dark. The lack of pit changes and efficiencies in squadding definitely picks up the pace of the matches and helped get folks off the firing line and out of the desert sun sooner,” he added.

Other top winners of the Western Games events include: 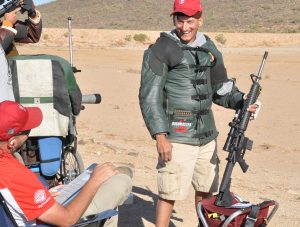 Guests were greeted by 90-degree weather each day, but still managed to keep smiles on their faces.

For a complete list of Western Games results, visit https://ct.thecmp.org/app/v1/index.php?do=match&task=edit&match=15055&tab=results.

The Western Games event, held each year in October, is the last of a series of Travel Games events put on by the CMP around the country. Also held in Oklahoma, North Carolina and New England, the Games events feature both vintage and modern rifle and pistol events – designed as a recreational competition for both adults and juniors and all experience levels. The Western Games is the only Travel event that is exclusively set to rifle matches only.

Programmed with software that has proven precision by Kongsberg Target Systems, CMP Targets feature LED monitors beside each competitor on the firing line that provide accurate shot accounts, with no need to change paper. The well-lit screens have been tested by an assortment of competitors for over two years for readability as well as ease of use and have been met with overwhelming positive feedback.

With the elimination of pit duty allowed by the target system, matches are completed in a shorter amount of time to give more opportunities to fire additional relays for those who want to prolong the fun. Shorter matches also alleviate the physical daily wear on competitors, making them ideal for both older and younger participants. For more information on CMP Targets, visit http://thecmp.org/competitions/talladega-marksmanship-park/cmp-target-systems/.