CAMP PERRY, Ohio – Join us in commemorating the 100th anniversary of the U.S. entry into World War I, known then as “The Great War,” on Monday, June 26, as the Civilian Marksmanship Program (CMP) hosts the 2017 First Shot Ceremony at one of the key training facilities during the era – Camp Perry, near Port Clinton, Ohio. The ceremony will begin at 10 a.m. with a short concert by Ohio’s 122nd Army Band at 9:30 a.m. on the base’s Rodriguez Range and is free and open to public members of all ages.

The ceremony serves as the official opening of the National Trophy Pistol and Rifle Matches, which have assembled talented marksmen and women at the Camp Perry National Guard Training Facility since 1907. The National Matches will first fire on June 26 with the CMP Cup 4-Man Team rifle match and will conclude on July 29 with the National Rimfire Sporter rifle event – with many competitions in between! 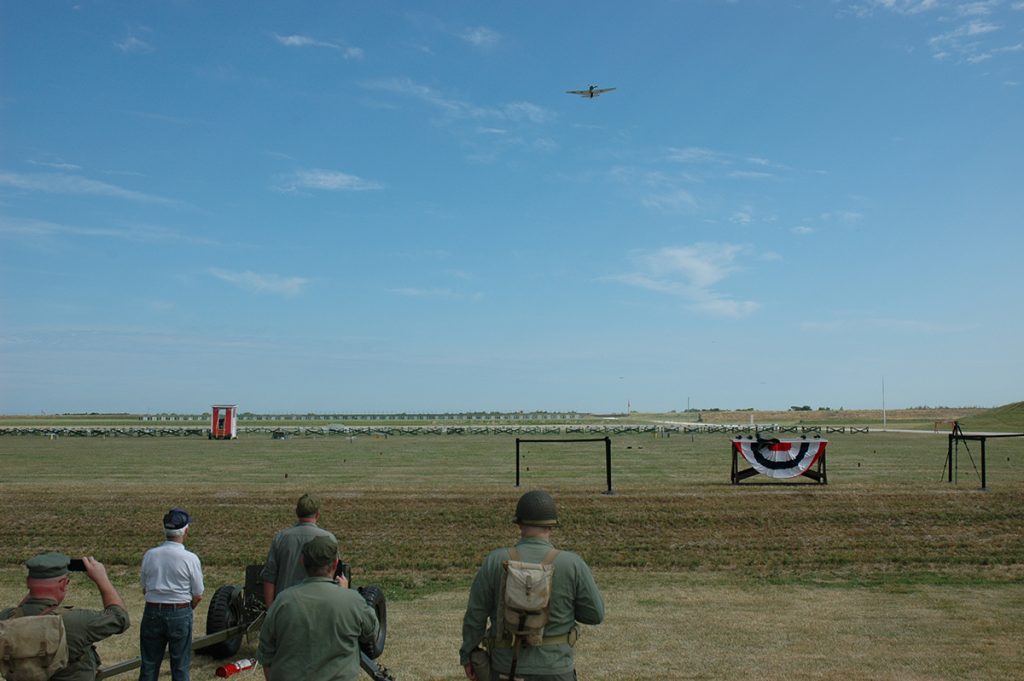 Honoring the past, true images of American military prowess will grace the field – taking the audience back to when Camp Perry served as an active base for brave soldiers preparing to defend our nation in the first World War. Model T Fords, WWI militaria, color guard, WWI rifle salutes, static history displays, video presentations and more will immerse the crowd in visual and emotional appreciation for those bold men and women who dedicated their lives to defending our freedom.

While the procession aligns below, fully-restored World War II aircraft will bellow overhead, with flyovers from a U.S. Navy TBM Avenger torpedo bomber and a B-25 medium-range bomber named “Georgie’s Gal” – both regularly housed at the Liberty Aviation Museum in Port Clinton. To preserve the quality of these historical items, all appearances are subject to favorable weather and mechanical conditions.

At the conclusion of the ceremony, traditional military songs will echo over the grounds of Camp Perry, including a salute to the Army, Marines, Navy, Air Force and Coast Guard, as the 122nd Army Band delights the crowd with fervent medleys. 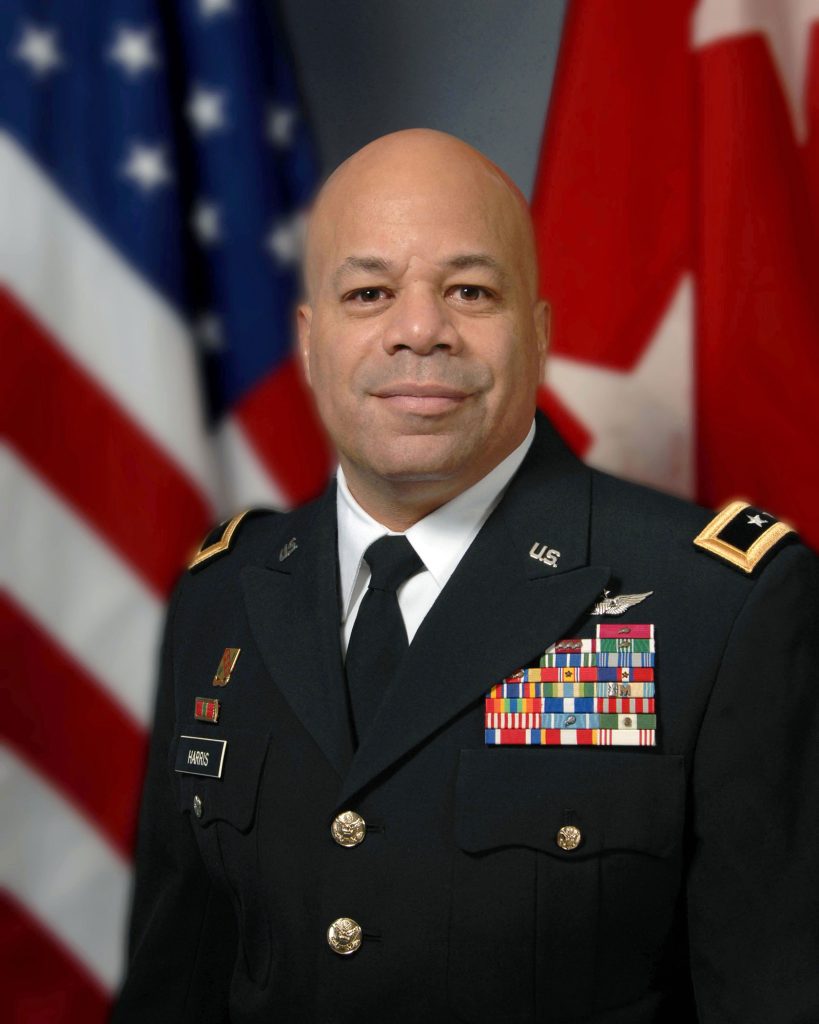 This year’s distinguished First Shot Speaker will be Major General John C. Harris, Jr. – the Assistant Adjutant General of the Ohio Army National Guard. General Harris also serves at the Commander of the Ohio Army National Guard and has been responsible for establishing policies, priorities and oversight for the readiness of approximately 11,400 soldier since his command began in 2011.

His military career began in 1981, leading him to command at the platoon, detachment, company and squadron levels while serving in staff assignments at the battalion, squadron, state area command and joint force headquarters level. General Harris has continued his education at various areas around the country over the past 30 years and has received numerous valor awards and decorations. The CMP is delighted and honored to have him as the 2017 speaker. 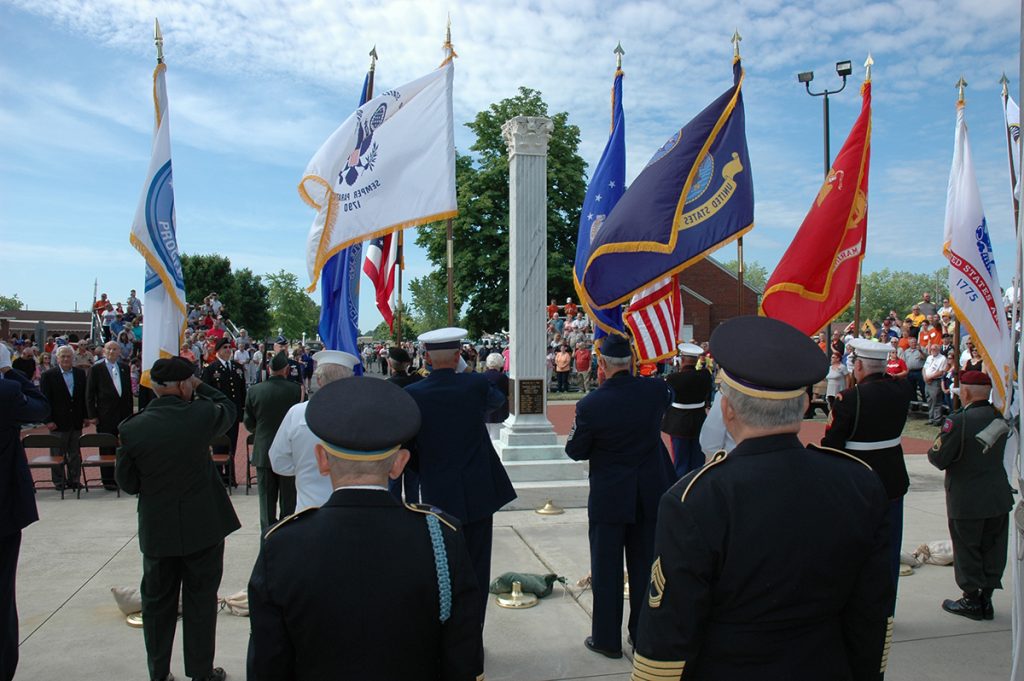 No dress code is required for the event, but all ceremonial activities will take place outdoors, so please dress appropriately for weather. Spectator seating will be set up directly west and east of Shooters’ Plaza on Rodriguez Range, with additional bleachers placed diagonally on Lawrence Road in front of the Plaza. Roads will be blocked to keep traffic away in the area immediately surrounding the Shooters’ Plaza. Though traffic will be rerouted, ample parking will still be available around Camp Perry.

When the ceremony festivities are over, be sure to take a look at the CMP’s new electronic targets, located on Petrarca Range, right next to Rodriguez Range. The targets can accommodate both pistol and rifle shooting, using some of the latest technology, to instantly display scores on LED monitors beside each marksman. Also, take a short walk over to the CMP’s indoor air rifle range at the Gary Anderson CMP Competition Center, beside Petrarca Range, to view authentic Olympic and other memorabilia from the notable career of American marksman, Gary Anderson. Then, watch the air gun electronic targets in action during a real air rifle match as the National Three-Position Air Rifle Nationals will be concluding, just inside the 80-point range within the facility.

The CMP has many exciting events to see! We hope you will join us as we commemorate those who served in The Great War as well as another exhilarating season of National Match competition! For more information about the National Matches, visit http://thecmp.org/competitions/cmp-national-matches/.