TALLADEGA, Ala. – John Brown, 41, of Springville, Ala., gets to do what many shooting enthusiasts wish they could – wake up each morning and spend his days on the range. Serving as a range officer at the Civilian Marksmanship Program’s (CMP) Talladega Marksmanship Park, John has taken a lifelong hobby and has turned it into a career.

“A lot of people like to go play golf – I go out there,” said John as he pointed to the ranges outside of the Talladega clubhouse. “That’s always been my favorite thing to do, and I get to come here and do my favorite thing every day.” 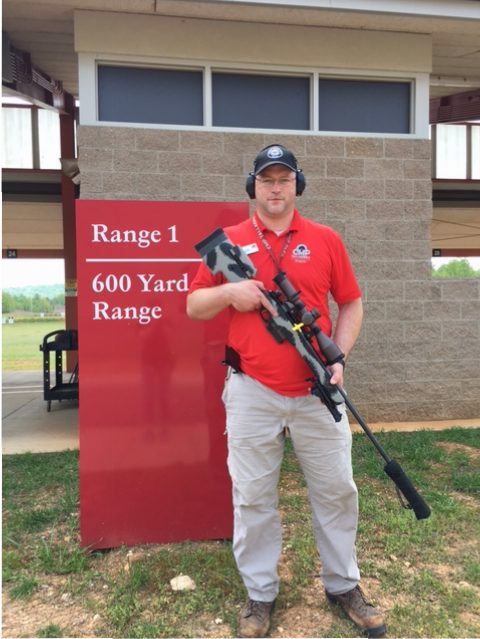 CMP Range Officer John Brown spends his days assisting others on the firing line and training for his Precision Rifle Series competitions.

Though John has always enjoyed rifle shooting, he found himself searching for more of a challenge on the firing line beyond the normal shooting routine. He wanted to try different stances, more difficult shots – something that kept him on his toes. Then, he found precision rifle shooting.

The Precision Rifle Series (PRS) was created in 2012 as a championship style point series race between some of the best precision marksmen around the country. Competitors fire anywhere from 300 to 1,200 yards, timed and in specially arranged stages – featuring practical, real-world field conditions with improvised barricades and obstacles.

Since it began, PRS popularity has quickly grown, now with 15-20 major and national-level matches. Scores from each competitor are accumulated throughout the year – giving the rifle series a building excitement and added determination to each event. With the grueling and unique marksmanship skills it demands, PRS has come to be recognized as the major league of sniper-style rifle matches.

“I wanted to get into that type of shooting and was very fortunate enough, when I came here (the CMP), people worked with me to hone things down because I wasn’t as good as I thought I was,” he said with a laugh. “And if you can’t challenge yourself, you’re not doing your job.”

John has been involved with PRS shooting for less than a year, but has become enormously committed to the sport. He even had a special McRee Precision BR-10 .260 Remington caliber rifle built specifically for the rifle series matches – a piece of equipment that cost him over $8,000. 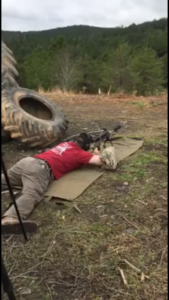 A few of the CMP South employees at Talladega Marksmanship Park took John under their wings and helped him stay focused on improving his skills. He practices on the targets at Talladega, twisting into different stances, from the 600-yard line, working on getting a firm foundation to hit the targets in the distance. With special permission, he’s able to rearrange the targets for his training purposes.

“I like the practice of (PRS) – the way you have to find a foundation to shoot off of,” he said. “And it’s very detailed. I really enjoy it.”

Rapidly jumping into the sport, his first competition was the K&M Southeastern Shooters Challenge in Tennessee in November 2016.

“I was expecting to crash and burn,” he joked. “Now that I’ll be able to go more, I’m hoping not to disappoint anyone – that’s my biggest fear. I’m my biggest critic, so if I miss a shot, I’m like, ‘Man…’ and then I go out and work on it.”

In December, he was ranked fifth in the Amateur Division in the Southeastern Precision Rifle Club Association out of 294. He went on to compete in the Alabama Precision Shooter’s Challenge in March 2017 and plans to attend the next Shooter’s Challenge in June, currently training with a new set of equipment – a Tikka T3x CTR 6.5 Creedmoor with a 24" barrel in a Konohawk precision rifle stock, with a Thunderbeast suppressor, Vortex Razor HD Gen II 4.5-27x56 rifle scope and Harris bipod.

“I’m pretty serious about it," he said. "It’s something I enjoy." 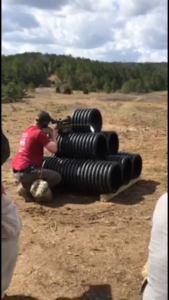 PRS competitions feature different stages of obstacles and barriers that participants must figure out how to shoot around.

John grew up on a farm, where he gained his love for shooting. It was there that he began firing rifles, even getting together with friends every year for qualifications and making bets on who could shoot the best groups.

As an adult, John spent 10 years as a corrections officer, where he was further trained with firearms. Unfortunately, life with a job in a prison environment became so stressful that John suffered a heart attack at age 36. The scare was enough for him to realize he needed a new, more relaxed career path.

“I have always heard that CMP is a great place to work, and I knew it was a place I could enjoy working,” he said.

Significantly changing the life-style he was accustomed to, John says he took the job at CMP because of the knowledgeable people working within. When he thought about making the move to the organization, his wife, Leslie, gave him encouragement, saying, “You’ve got to do this. You enjoy it too much.”

And, for John, it was the right decision.

“I love working here,” he said. “I want to better myself and help the customers better understand how to use their firearms and accomplish their goals. If they do, it makes them happier, and that makes me happier.”

As an employee at Talladega, John’s job is dedicated to helping others on the firing line – some who may be completely new to the marksmanship world. He tells a story of how he helped a girl who brought her boyfriend to the range. The young man had never really shot before, and before he left, he was hitting the x-ring at 600 yards, thinking he’d never get passed 200 yards.

Other stories involve high-profile guests, such as NASCAR individuals, including Carl Edwards, who came to Talladega having never shot an AR-15. By the time they left, they were better.

“They’ll give us advanced notice, and we’ll get them gripping a little bit better or doing something they didn’t think they could do,” John said. “I like spending time with people – I like working with them.”

Sometimes he’s even able to help Leslie improve her skills, with a rifle he bought her so the two could shoot together at the range.

“I’m hoping she can get into this, and my goal is to see her out here shooting,” he said, referring to the electronic target ranges at Talladega. 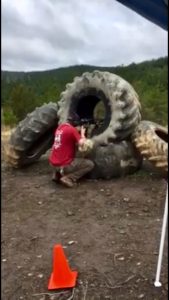 John has already fired in two PRS matches and is set to compete in his next match in Alabama in June 2017.

In the future, John plans on going to several more PRS events and would like to make it to the Milk Jug Mile Challenge in Utah, which features 10 shots in 10 minutes, shooting jugs at 1,000 yards before moving on to 1,200, 1,500 and a mile away. It would be a new challenge, but that’s just the way John likes it.

“I just enjoy doing this. I enjoy the people, and I want to grow in this sport, and I would love for CMP to get as big as they can,” he said. “I love working for them, and I want to see them to get all that they’re giving.”