Annual Meetings- Where to next?

As you (hopefully) know, we concluded our Annual Meeting last weekend. It was our first LIVE event since 2019 and was a BLAST (pun intended)! 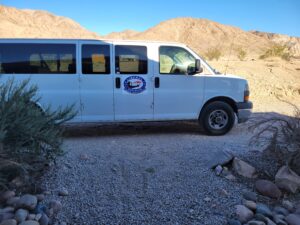 Before I recap 2022’s meeting, I wanted to take a minute to talk about how we plan these meetings, and how we are planning them going forward.

No decisions have been made regarding next year’s venue, but we’ve grown so large that we are establishing an “Operations Team” of long-serving, expert volunteers to take the planning for these sorts of events and run with them. It’s too much work to rely on ad hoc volunteers to plan significant events in strange cities, and it doesn’t always work smoothly. Too many moving parts and too many variables to take into account. But consistency is also important, so while we may have need for locals, the larger team will remain consistent year to year, and more than just a couple of Board Members.

The decision as to where a meeting or event is held requires local knowledge and volunteers, the ability to navigate local laws and politics, and acknowledgment that we can’t go to all states and territories. The significant legal and safety challenges mostly fall into these categories:

And we haven’t even gotten to the calls to the ranges where we identify as “The Liberal Gun Club” and they hang up, or say rude things, etc. We, as members, often don’t want to spend money at a gun store that would rather us not exist (or be dead), and they probably don’t want our business anyway. The same goes for ranges, and to some extent, for state governments. Staying out of handcuffs and alive comes first. It’s not simply “politics” despite the howls I can already hear from the gun world to the contrary.

The repeal of Roe came out after we had started signing things for the 2022 meeting in Vegas, and the legality of abortion in Nevada was no small concern in our decision to continue planning and executing the event there. Every single right, for every person. So if we don’t host in your state, it’s not a condemnation of you, it’s just the reality of living in these times. 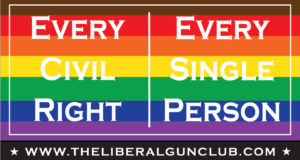 That said, stay tuned as our Operations Team comes up with the plan for next year! I’ll post the recap on this year’s meeting shortly!