Last Sunday we wrapped up the NINTH Annual National Meeting of the Liberal Gun Club. I am pretty sure I say this every year, and will continue to say it until its no longer true: It was the best one yet!

Before I dive into this years meeting, and sum the year up, I want to touch on those past events. We realized early on that face time was important, even if there were only a few of us in attendance. As the club grew another 20-25% this year, seeing where we started and how far we’ve come seemed appropriate. 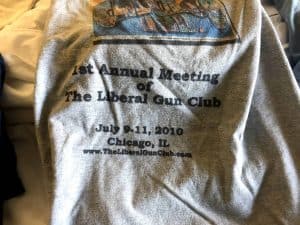 We weren’t very good at pictures, but our first meeting was intimate. Most notably, our very first Basic Firearms Safety class had just been approved for use in the permit process in Massachusetts. All range events were on private land, and Chicago still had a handgun ban. 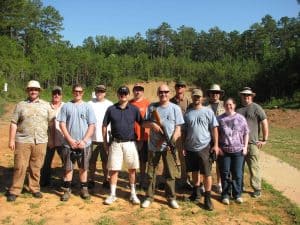 We started taking pictures, and this was the first time in my memory where the guns outnumbered the attendees by 10 to 1. Our range event was at a public range on state land, and we confused the other range denizens with our shirts. We had a basic reloading class, but still couldn’t quite get a cadence for the event. 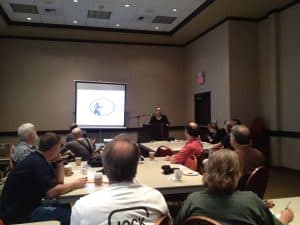 Portland 2012 was a big meeting, we had nearly 50 people in attendance. This was the first year we had local press in attendance, and the Oregon chapter managed to get a state senator to speak. She’s still in office and she still likes us. 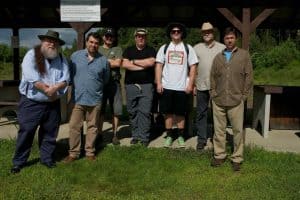 Dark times, despite being in a “free” state, this was by far the smallest meeting. Fun, but we needed a reset on organizing these. It was also the last meeting our original founder, Mark R attended before retiring. 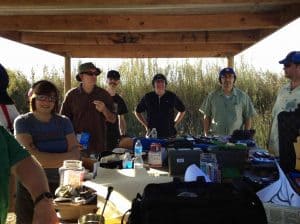 Shooting stuff is fun! That was the theme for the first meeting in Texas. Well attended, but lacked a certain formality. 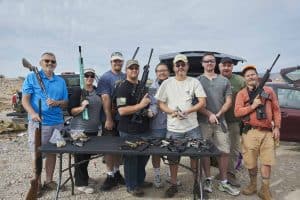 What happens in Vegas… Plenty of shooting, sporting clays, desert explosions. Our maestro of events John White planned this, it was packed with activities. This was the year we announced an official change in leadership, I assumed the role of Executive Director, we named Lara and Eric to the board, and started to figure out what we wanted to do. Education was important. So was outreach. Politics took center stage, 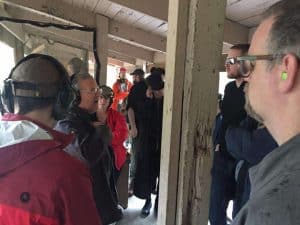 We came back to Portland in 2016. This time, we launched our intro to defensive shooting course, created by none other than Grant Cunningham, and in one weekend, tripled our certified instructors, created a program to recruit more instructors. We updated all our class materials, named an instruction coordinator, and set to work. 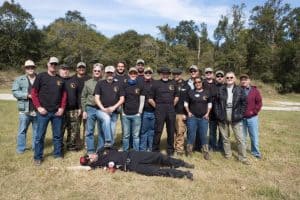 We had podcasts, Politico, and some tense moments with the locals when we came back to Texas. We also had a wildly successful introduction to Three Gun class. Classes were becoming a thing that we knew we had to do at National. Also more politics. 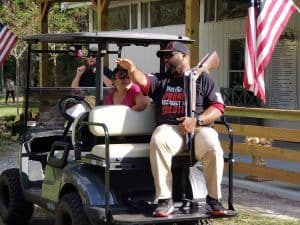 Florida in 2018. It was hot. Sporting clays, a class in the basics of USPSA shooting, some steel and shoot houses and we came back to inviting outside speakers, ones that mapped to our root cause approach to violence prevention. This meeting was hosted by my friend Keith Ellis, who passed earlier this year. More on that in a few.

Which brings us to last weekend. Three full days of classes. Scheduled lunches (don’t laugh, we forgot to eat one year). A full meeting. A keynote (with some extra guest appearances of other friendly faces). We had merch! There are hats in the store! Go buy something! 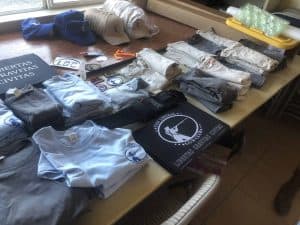 Did I mention classes?

A special thanks to our instructors:

Alessandro Padovani, who not only ran our Instructor Development for our Introduction to Defensive shooting, but also graciously conduced a full day Intuitive Defensive Shooting class (Thursday and Friday). Alessandro has also taken over our education program, and is responsible for certifying new instructors. 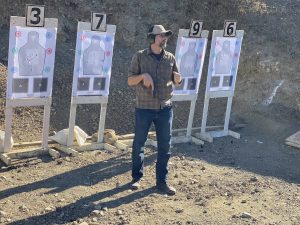 Grant Cunningham returned this year, teaching both a Revolver handling and a Levergun class. Cowboys beware! 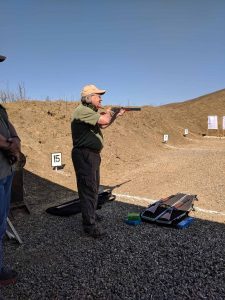 Amy Dillon showed up Saturday for a special Three Gun class, and then ran the afternoon competition. 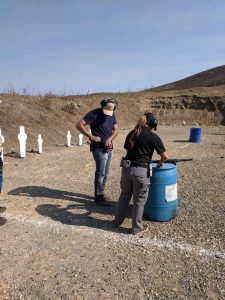 Carl Cowan worked too hard, teaching Stop the Bleed Friday and Saturday, and generally making us all feel better about our ability to handle traumas. After each class, we sold trauma kits to attendees who found they now had the confidence to use them. 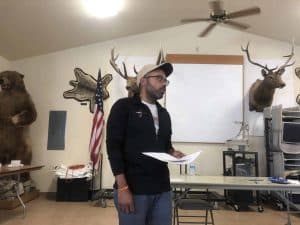 We had a local reporter visit during the day, and after she interviewed us, we got her out on the firing line and, I daresay, she had fun. We will post a link when the story drops. 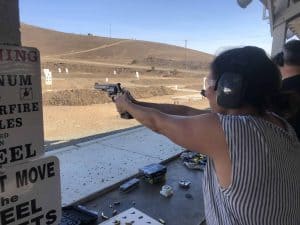 It was a great meeting, we recapped the club progress (~20% membership growth, lobbying in Oregon, Supreme Court briefs). GRPC, SHOT, other industry appearances. Press, and more press. Busy year, more on that in another post! 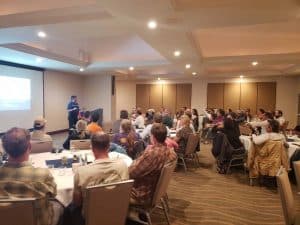 We ended Saturday with dinner and a keynote, our special guest this year was Michael Sodini from Walk the Talk America. We like WTTA, a lot. They work  tirelessly to reduce the stigma associated with mental illness and encourage everyone seek care when they need it. Suicides account for two thirds of all deaths by firearm every year, and about half of all suicides annually.  They provide free online screenings, and generally get in the face of anyone who will listen (and some who don’t) advocating loudly.

I accidentally added an extra letter to his name when I introduced him, he took it in stride. 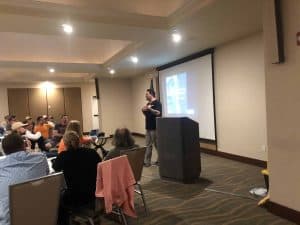 Last but not least, as many of you will remember, we lost our friend, podcast guru and Florida chapter president, Keith Ellis. 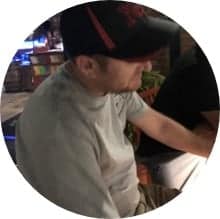 Keith Alan Ellis passed away at the age of 39 on Sunday, August 11, 2019. Keith is survived by his wife, Amanda Ellis; Mother, Margaret Greenblatt; Sister, Sara (Patrick) O’Connor; Grandmother, Kathryn Thompson, and many nieces and nephews. He is preceded in death by his father, Joel Ellis. Keith was born in January of 1980 in Fort Myers, FL. He graduated from University of South Florida with a Bachelor of Civil Engineering and a Master in Geotechnical Engineering and worked for the Florida Department of Transportation. He married his “everything,” Amanda, in April of 2010.

Keith was extremely committed to community service. To that end, we are happy to announce the Keith Ellis Community Service Award. 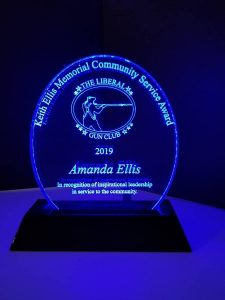 The inaugural award will be presented in person to Keith’s widow by the Florida chapter.

This award will be given to members who have demonstrated the same commitment to community service and will be accompanied by a donation to a relevant charity. Keith spent time with Habitat for Humanity and the Boys and Girls clubs. Stay tuned as the year progresses for opportunities!

I’ll be writing a larger state of the club, later. It was an exhausting few days, but it was awesome. Special thanks to John White for cat herding and getting this event from start to finish.

From the board of directors, a hearty thanks all around, see you next year. 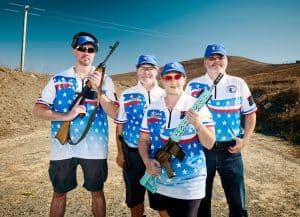