A buddy of mine asked if I would convert a brass-framed 1851/.44 to an Avenging Angel for him, and since it is technically a non-firearm I said sure. So in yesterday’s mail a pair of Pietta 1851/.44s arrived.  I had a .38 S&W cylinder and barrel that I made last year mounted on a steel 1860 Army frame, but I thought the brass frame might be a better home for it.

Since the conversion was based on a Pietta cylinder it dropped right in, but the breech-plate wanted to rotate excessively. No worries- I simply soldered on some sheet-brass to the bottom and trimmed it to size, then ground it to fit the frame precisely. Other bits of fitting were required here and there, and I turned a new rebounding firing-pin as the other had always been a bit short and occasionally caused light strikes. Naturally I needed to cut a loading-port in the frame for loading and unloading, but this was quickly and easily accomplished with a 1/2″ sanding drum on my flex-shaft tool. A little polishing and it was good-to-go. You can see some small pits- these are just tiny voids in the casting, and are perfectly normal. The cartridges shown are dummies. 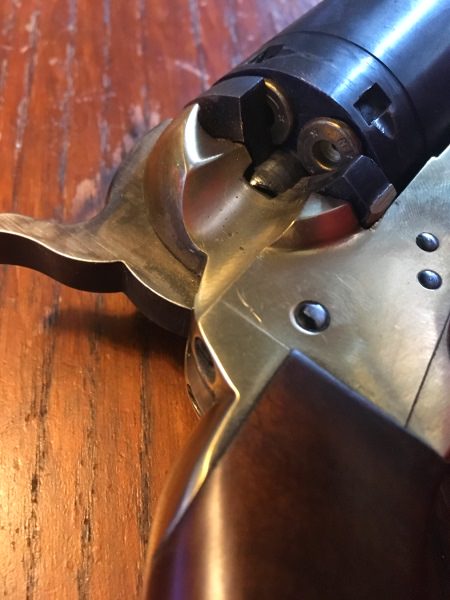 The brass gun already had a decent trigger so there was no need to fool with that, and the cylinder locks up tight with no side-play at all. The I haven’t measured the cylinder-gap, but it looks to be maybe .0030-.0035″. I need to track down my feeler gauge to be sure, but it’s absolutely within acceptable limits.

Normally one does not do a cartridge-conversion on a brass frame- with full-power charges these can stretch after as few as a hundred rounds. However with the recommended load of 15-20gr. of FFFg behind a fiber wad and a 173GR .451 ball theses Piettas will last for many years of steady shooting. The load I am shooting is the equivalent of 11-12gr. of FFFg behind a 148-150gr bullet, and Unique is significantly less violet than BP so it ought to be fine for the occasional range outing and some casual plinking. Time will tell of course- I’m very much looking forward to getting it out to the range this weekend! 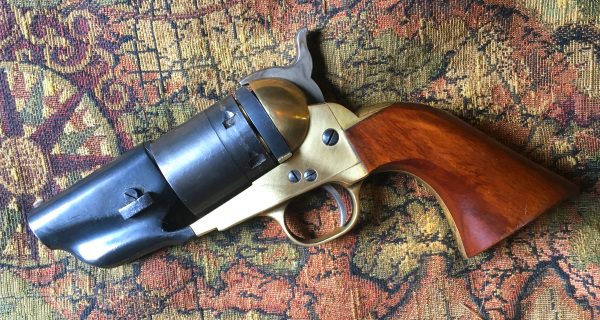 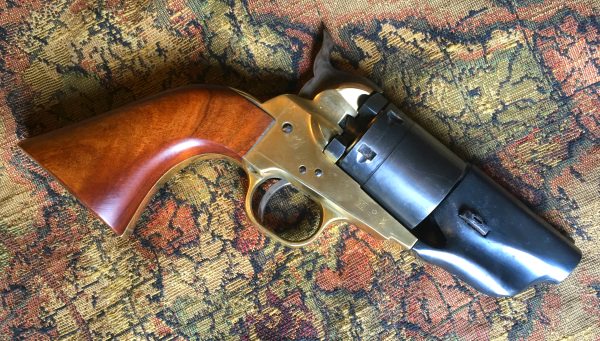