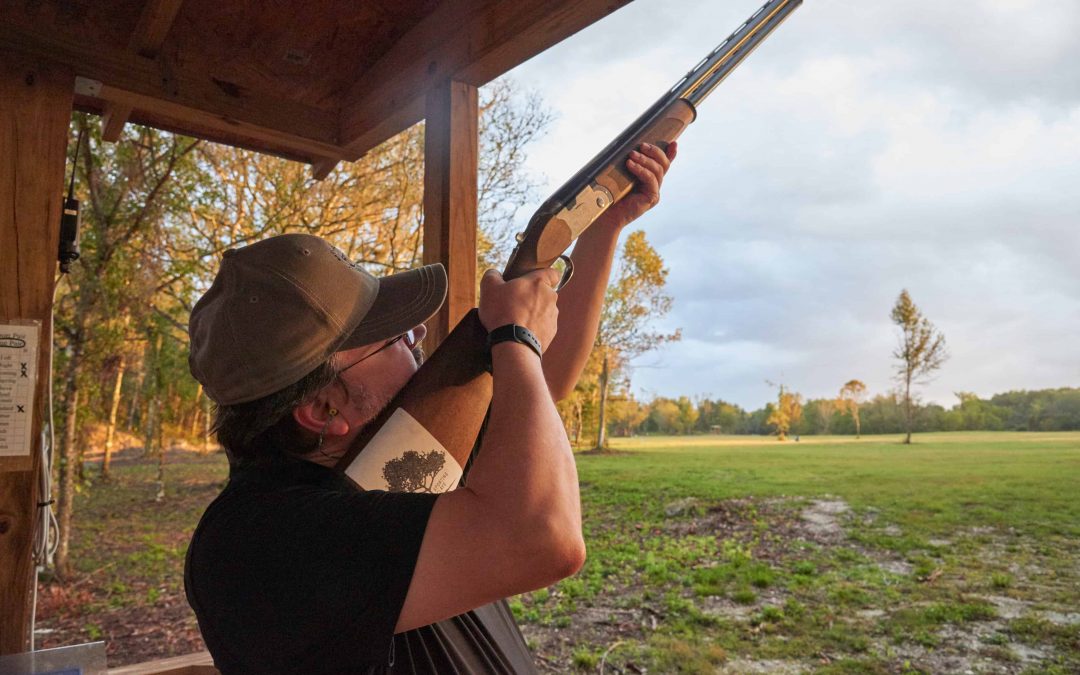 This year the Florida Chapter is holding the Annual Meeting in Orlando, Florida. Besides the usual kinds of entertainment associated with Orlando, there are some great venues for shooting sports here. Florida Chapter President, Keith Ellis and local chapter members are our tour guides. 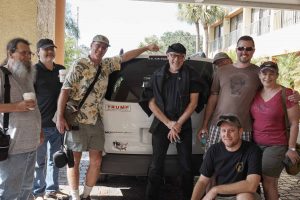 We all got a kick out of one particular van (borrowed from relatives) that arrived to ferry us to Blackjack Sporting Clays in Sumterville. We found the stickers on the van to be quite ironic, given the passengers inside. 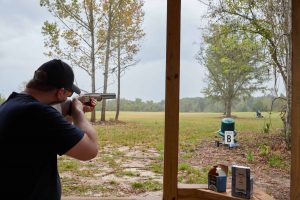 For any readers who are unfamiliar with sporting clays, the quickest way to describe it is “sort of like golf, but trade out the the clubs and golf balls with clay targets and shotguns”.  Shooters go to 15 different stages where automated clay target throwers are set up to emulate the way game animals might move when flushed from cover. The trajectories are often unusual and a fun challenge to shotgunners of all abilities. Most stages are pairs, meaning 2 targets are either thrown at once, or the second target is launched automatically after the first clay bird has been shot. 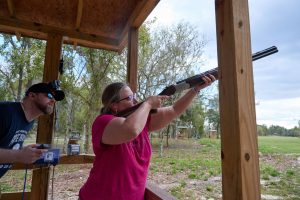 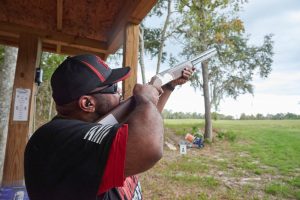 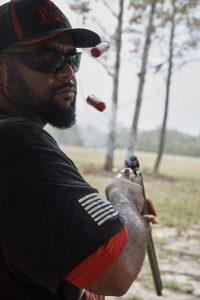 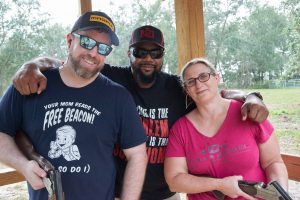 During our round of clays we had a pleasant afternoon rain shower. Since each shooting station is covered we carried on without hesitation. We were the last folks on the course at closing time, and probably would have stayed longer if we could. We all went back to the Hotel and got ready for Dinner in Kissimee “Old Town”. 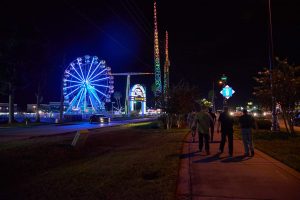 Over dinner we had lots of conversation, an occasional proposal to end the world’s problems, and discussion of tomorrow’s plans. Everyone is looking forward to tomorrow’s shoot and the annual meeting.

Let’s give a hearty shout out to Keith Ellis for organizing this year’s meeting. Thanks Keith!